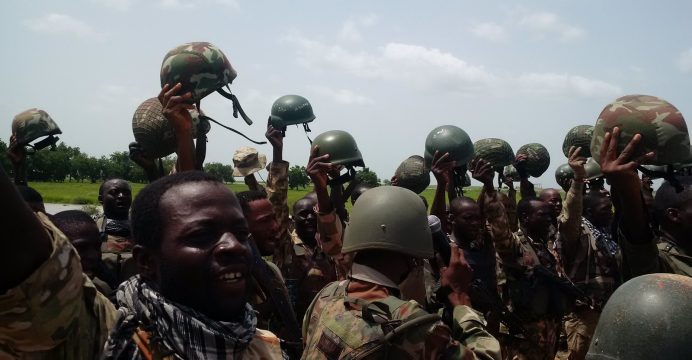 More than 3,000 people in northeast Nigeria who were forced to flee the seven-year insurgency waged by Islamist militants have returned to their hometown following the reopening of major roads in the area, the army said on Tuesday.

Damasak – in the northwest of Borno, the state worst hit by the militants – was taken over by Boko Haram in late 2014, when it controlled an area the size of Belgium in northeast Nigeria. The insurgents were pushed out of the town by the army in July, reports Reuters.

President Muhammadu Buhari said on Saturday that the army had taken back Boko Haram’s main camp in the Sambisa forest. On Sunday, the government said it was reopening two roads between Borno’s capital, Maiduguri, and the northern towns of Damasak and Baga.

Army spokesman Sani Usman said more than 3,000 people used one of the roads to return to Damasak on Monday.

Reuters was unable to independently verify his statement.

“They were residents of Damasak displaced by the insurgency staying as refugees in the neighboring Niger Republic and internally displaced people in Maiduguri,” he said.

Usman said the returnees went through military security checks when they arrived and were met by local government officials and community leaders.

More than two million people have been displaced during the insurgency as Boko Haram tries to establish an Islamic state, run using a strict interpretation of sharia, in the northeast. About 15,000 people have been killed.

After the announcement that the Sambisa camp had been taken, the Chief of Army Staff, Tukur Buratai, said the former game reserve would be used as a military training base to prevent the insurgents returning.