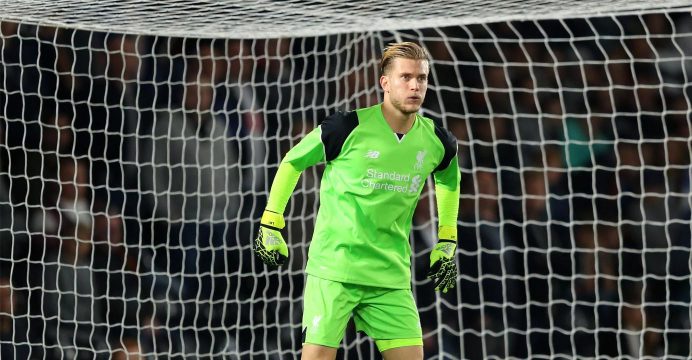 Jurgen Klopp has offered Liverpool goalkeeper Loris Karius no guarantee of a recall after dropping the error-prone German for his side’s 3-0 win against Middlesbrough.

Reds boss Klopp admitted it was a difficult telling the 23-year-old that he had been benched in favour of Belgium international Simon Mignolet for the comprehensive victory at the Riverside Stadium that pushed the Anfield side up to second in the Premier League on Wednesday.

Karius paid the price for conceding six goals in two games as the Reds dropped five points against Bournemouth and West Ham to dent their title hopes.

They now trail leaders Chelsea by six points after climbing above Arsenal on goals scored, and Klopp said: “Loris is not that fine (about being dropped) but it’s a normal decision in football.

Asked to put a timescale on the likely first-team absence of the summer signing from Mainz, Klopp added: “That’s not how football works.

“I’m really happy with our goalkeeper situation, but there’s no reason to push one through, we want to develop the players. Loris is still very young, he’s a big talent but there’s no time from for when he will be back.”

Klopp denied he had bowed to pundit pressure in the wake of criticism aimed at Karius from former Manchester United defenders Phil and Gary Neville, who had both criticised the keeper in recent weeks.