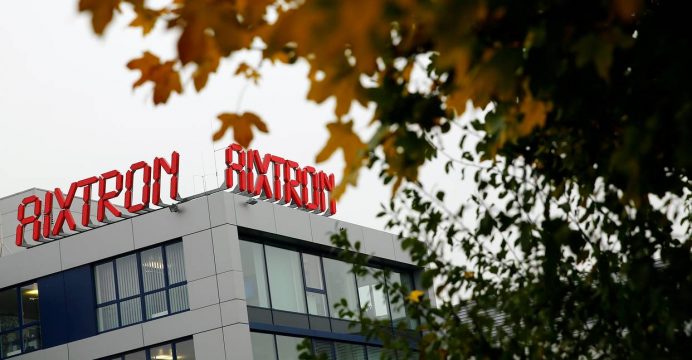 US moved to block a Chinese company’s purchase of Aixtron

US President Barack Obama on Friday moved to block a Chinese company’s purchase of German semiconductor equipment maker Aixtron by blocking the inclusion of Aixtron’s US business in the deal.

The US Treasury said a review by the Committee on Foreign Investment in the United States (CFIUS) chaired by Obama found the risks posed by the deal, which could place sensitive technology with potential military applications in Chinese hands, were too great, reports BSS.

“CFIUS and the president assess that the transaction poses a risk to the national security of the United States that cannot be resolved through mitigation,” the Treasury said in a statement.

Washington does not want to see such technology end up in the hands of the Chinese government-backed company which wants to buy Aixtron, Grand Chip Investment.

The Treasury said Aixtron’s US business is an important contributor to that technology. In late October, the German government withdrew its initial approval for the 670 million euro ($714 million) takeover after Washington raised security concerns.

Citing German intelligence sources, Handelsblatt daily reported that the United States had expressed fears that China could use Aixtron technology to bolster its nuclear program.

After receiving the information, the German economy ministry said on October 24 that it would reopen its review of the deal.

The US Treasury said Friday that Grand Chip is a German company expressly set up for the deal and is “ultimately owned by investors in China, some of whom have Chinese government ownership.”

It added that the deal would be financed by a unit of China IC Industry Investment Fund, a Chinese government-supported industrial investment fund designed to support the country’s integrated circuit industry.