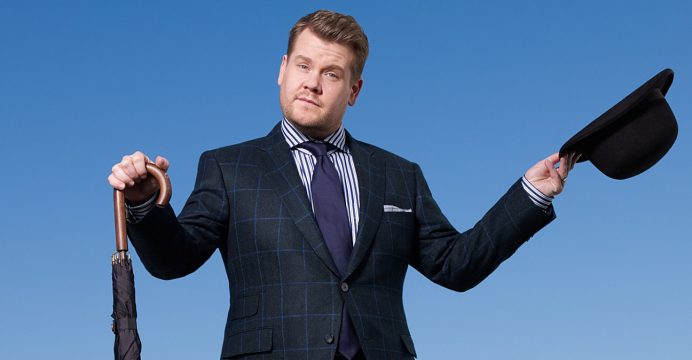 British actor and talk show host James Corden, whose “Carpool Karaoke” segment has become a viral phenomenon, will host the Grammy Awards in February, the Recording Academy said on Tuesday.

“Thanks to ‘Carpool Karaoke,’ we’ve all been on some incredible rides with James, and The Recording Academy couldn’t be more excited to welcome his passion and enthusiasm for music, both as an entertainer and a fan, to the Grammy stage,” Recording Academy President and CEO Neil Portnow said in a statement.

Corden, 38, was virtually unknown in the United States before he took over as host of “The Late Late Show” on CBS  TV in 2015. But his popularity has soared through the show’s “Carpool Karaoke” segment, in which singers ranging from Adele to Britney Spears and Justin Bieber take a car ride with Corden and sing along to their biggest hits.

Corden, already a Tony-winning actor, won an Emmy earlier this year for “Carpool Karaoke,” which has garnered nearly 2 billion views on YouTube. He also hosted the Tony Awards in New York in June.

The choice of the popular Corden was seen as a bid to boost declining TV ratings among young adults for the annual Grammy show. The total audience for the 2015 ceremony was the lowest in six years, at 25.3 million, although it rose to 24.9 million in 2016.

The Grammy Awards will be held in Los Angeles on Feb. 12.