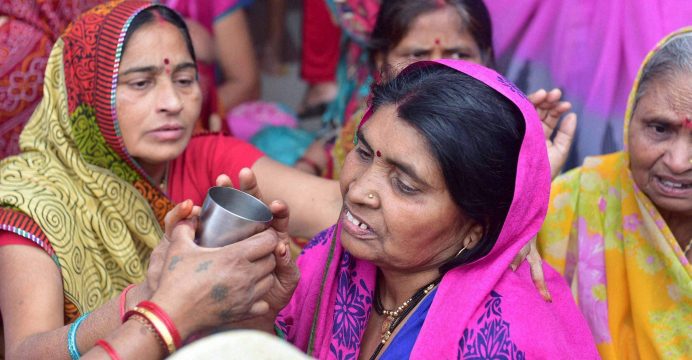 A self-proclaimed godwoman and her private guards went on a shooting spree at a wedding in Haryana’s Karnal town on Tuesday, allegedly killing the groom’s aunt and leaving three of his relatives critically wounded.

Sadhvi Deva Thakur, who was a guest at the wedding held in the town 120 km from Delhi, opened fire to celebrate, the police say. A dozen men who had come with her also fired shots.

They allegedly aimed at the dance floor, where there was a crowd at the time. As the groom’s aunt collapsed, the Sadhvi and her group ran away.

The police have charged them with murder and carrying weapons.
Karnal is the assembly constituency of Chief Minister Manohar Lal Khattar, who heads the state’s BJP government.

The so-called godwoman, who wears a saffron outfit and a turban complete with gold jewellery, is known to fancy firearms and has a flashy lifestyle.