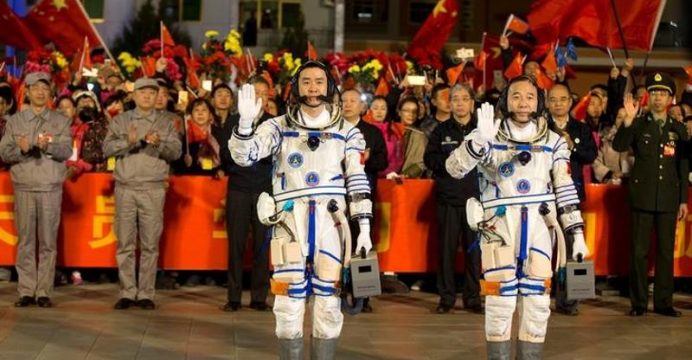 China launched two astronauts into space on Monday, official media said, on a mission to its orbiting laboratory as the country works towards setting up its own space station.

The Shenzhou-11 spacecraft blasted off early in the morning from the Jiuquan Satellite Launch Centre in the Gobi desert, , reports BSS.

It will take astronauts Jing Haipeng and Chen Dong two days to reach the Tiangong-2 space lab, or “Heavenly Palace-2”, which was launched in September. 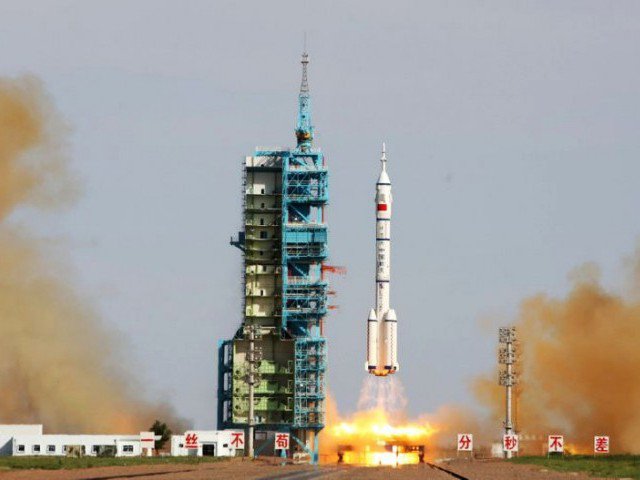 They will remain on board for 30 days — the longest stay thus far by Chinese astronauts — to conduct tests on spacecraft-related technologies and scientific and engineering experiments, Xinhua said. Jing, the mission commander, was on his third trip into orbit and will celebrate his 50th birthday in space.

“Although the job is challenging, risky and dangerous, there is nothing else I’d rather do,” he said, according to the China Daily.

China is pouring billions into its military-run space programme and working to catch up to the US and Europe, with hopes to have a crewed outpost by 2022.

Beijing sees the programme as symbolising the country’s progress and a marker of its rising global stature, but for the most part China has so far replicated activities that the US and Soviet Union pioneered decades ago.

Chinese President Xi Jinping sent a congratulatory message to the mission on Monday, urging them to aim at taking great leaps for the Chinese nation, Xinhua said.

The mission should work to ensure “the Chinese people will take bigger steps and march further” in space, and contribute “to the building of China into a space power”, Xinhua cited him as saying.