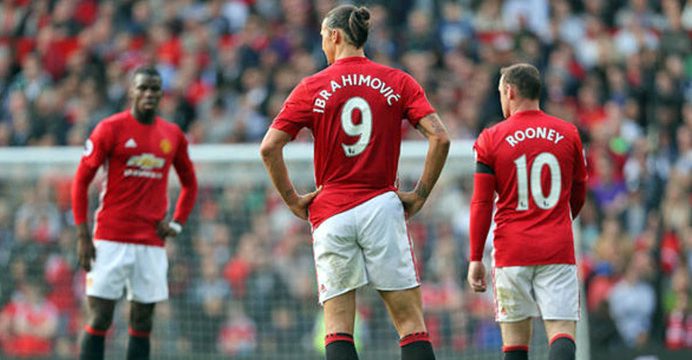 Alex Ferguson once described Liverpool versus Manchester United as the biggest fixture in club football and Monday’s clash at Anfield has been made all the more intriguing by the debate over the form of Wayne Rooney.

United’s captain, dropped to the bench by manager Jose Mourinho for his club’s last three fixtures, suffered the same fate with England during last week’s goalless draw away to Slovenia in a World Cup qualifier.

“I know a lot of what everybody thinks at this moment about Wayne Rooney and I cannot think the same things, even as the manager of Liverpool FC,” said Klopp.

“He is 30 years old and has had a very long and more than a decent career in the Premier League. The longer you are part of something, the more people know about you and think they can say about you,” the German added.

“Why does anybody think that Jose Mourinho is blind from one second to the other and says, ‘OK, he’s not good enough any more but he’s still playing’? Or why do they think Sam Allardyce (the former England manager) did it, or why Gareth Southgate (the interim England boss) did it? They all know about his quality and know about his value for each team he plays in.”

Despite Klopp’s kind words, Rooney may well have to settle for a place among the substitutes again as United seek to deny Liverpool a victory that would see the Merseysiders go level on points with Premier League leaders Manchester City.