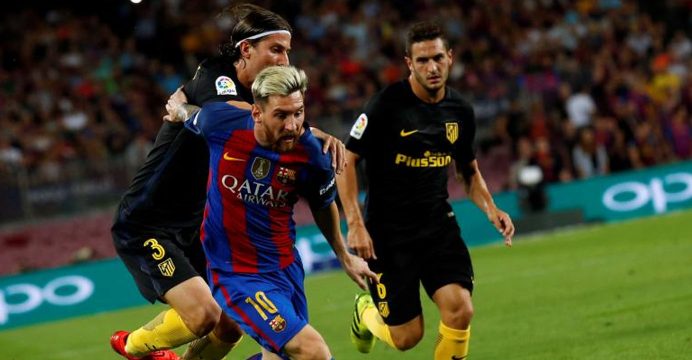 Lionel Messi, having reversed his decision to quit international soccer with a view to playing at another World Cup, could miss out on Russia 2018 if Argentina continue their downward spiral.

Argentina played poorly in their last three qualifiers without the injured Messi and languish in fifth place in the South American group with Paraguay and Chile hot on their tails, reports Reuters.

Only four countries are guaranteed a place at the finals.

Midfield general Javier Mascherano was under no illusions when he said: “It’s clear the team need to react, and it’s not their attitude — there’s plenty of that — but in terms of their game.”

Unable to compensate for Messi’s absence despite a pool of players with big reputations in European club football, Argentina were jeered and whistled by their fans after Tuesday’s humiliating 1-0 home defeat by Paraguay in Cordoba.

It is the first time Argentina have lost two home matches in a qualifying campaign, having also started on the wrong foot with a 2-0 defeat by Ecuador in Buenos Aires a year ago.

“We lost (on Tuesday)… because the team never found answers in either of the two matches,” said Mascherano, referring to both the Paraguay defeat and last week’s 2-2 draw with Peru in Lima.

“The (poor) football ends up affecting your state of mind. I’m very worried.”

Argentina face a tough double-header next month, playing away to a fast-improving Brazil, who lead the group after a run of four wins, before hosting Colombia. And they will need their talisman if they are to stop the rot.

Argentina have picked up more points in the three qualifiers that Messi played — all wins — than in the other seven.

They have 16 points, five behind Brazil, four adrift of Uruguay and one short of Ecuador and Colombia with eight matches to go.