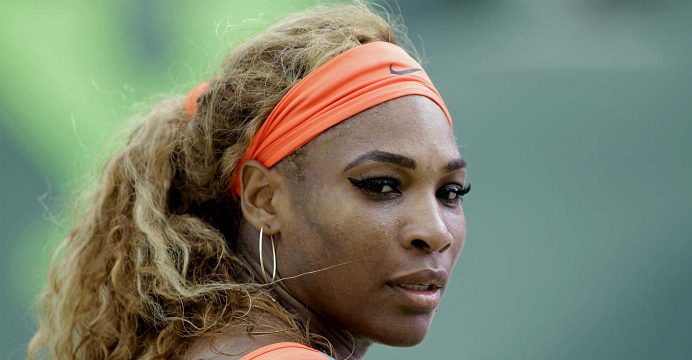 Serena Williams vowed she would not be “silent” on issues of social injustice Tuesday as she reflected on the recent deaths of African-American men at the hands of law enforcement.

In a heartfelt post on her Facebook page, the tennis superstar said she felt moved to speak out after being unnerved at the sight of a police officer while being driven by her 18-year-old nephew.

“Today I asked my 18 year old nephew (to be clear he’s black) to drive me to my meetings so I can work on my phone,” the former world number-one wrote.

“In the distance I saw cop on the side of the road. I quickly checked to see if he was obliging by the speed limit.

“Than I remembered that horrible video of the woman in the car when a cop shot her boyfriend. All of this went through my mind in a matter of seconds.

“I even regretted not driving myself. I would never forgive myself if something happened to my nephew. He’s so innocent. So were all ‘the others’,” Williams added.

The United States has been gripped by a spike in racial tensions in the past week after the latest killings of black men by police.

The deaths, in Oklahoma and North Carolina, were the latest in a series of incidents over the past two years that have brought issues of police brutality and racism to the forefront of national debate.

Williams said her reaction had left her determined to speak out.

“Why did I have to think about this in 2016? Have we not gone through enough, opened so many doors, impacted billions of lives? But I realized we must stride on — for it’s not how far we have come but how much further still we have to go,” she wrote.

“I than wondered than have I spoken up? I had to take a look at me. What about my nephews? What if I have a son and what about my daughters? As Dr. Martin Luther King said ‘There comes a time when silence is betrayal’. I won’t be silent.”