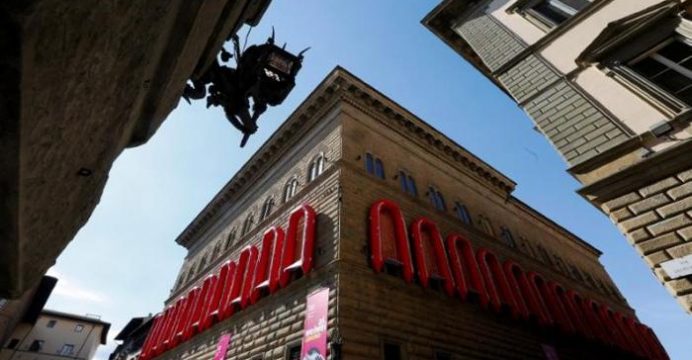 Chinese artist Ai Weiwei has hung bright orange rubber dinghies from the walls of an elegant Renaissance palace in Florence to draw attention to the plight of refugees, but some complain that the installation ruins the harmony of the city center.

The boats frame the second-floor windows of the Strozzi Palace and are part of Ai’s first career-spanning retrospective in Italy, entitled “Libero” (Freedom), which opens on Friday and runs until Jan. 22,reports Reuters.

As a symbol the boats resonate in Italy, where migrants arrive almost daily by sea on often flimsy vessels from Africa. But the installation has prompted some strong criticism on social media, including from right-wing political parties. 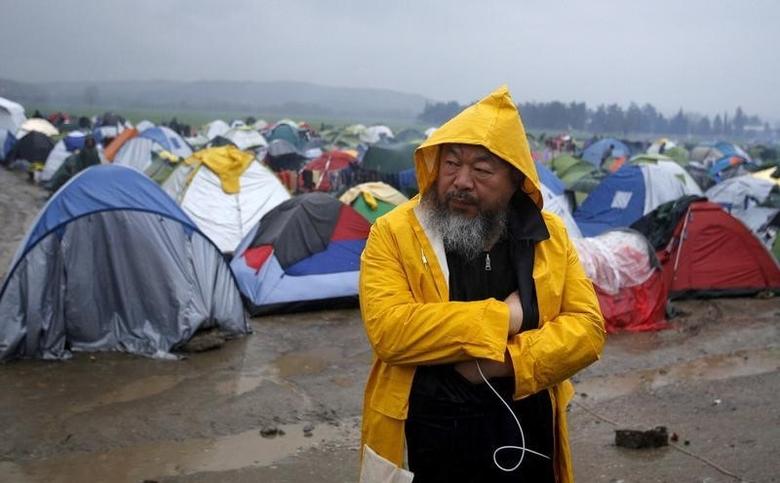 “I never expected that this boat installation would capture people’s imaginations so much, and that people would be so critical of it,” Ai told reporters on Wednesday.

But he said he welcomed the controversy, adding that he considered refugees his “brothers” and “heroes of our time”.

“I have enormous respect for those people who fight for their freedom,” he said.

Ai’s support for refugees is rooted in his own experiences.

After his father was labeled an enemy of the Chinese state, Ai spent much of his childhood in remote corners of the country in forced internal exile with his family.

Apart from the facade of dangling boats, which is titled “Reframe”, the exhibition includes Lego-block portraits of four Florentine dissidents of the past, including Dante Alighieri, author of the mediaeval epic poem “The Divine Comedy”.

In 2011, Ai himself was arrested for allegedly publishing subversive material on his blog. After 81 days in jail, he was put under house arrest and kept under constant surveillance. The government gave him back his passport last year.

Ever since, he has been traveling the world documenting and calling attention to the plight of refugees and migrants.

In February he wrapped the giant columns of the Berlin Konzerthaus with 14,000 life jackets brought from the Greek island of Lesbos, a stepping stone for hundreds of thousands of boat refugees last year, many fleeing wars in the Middle East.