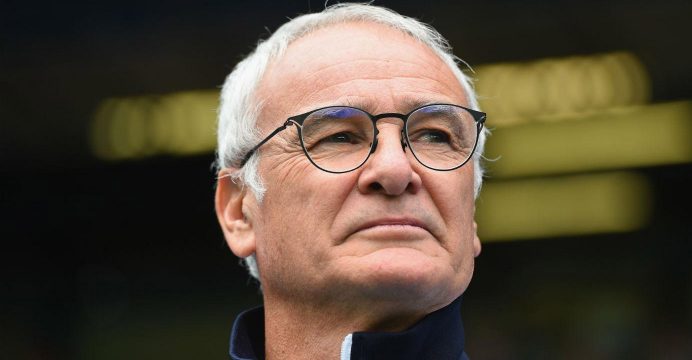 While their fans celebrated a perfect Champions League debut, Leicester City manager Claudio Ranieri called for nobody to get carried away after Wednesday’s 3-0 romp away to Club Brugge in Belgium.

The Premier League champions might have gone behind inside three minutes at the Jan Breydelstadion, but instead Jose Izquierdo missed a glit-edged opportunity for Club Brugge and Marc Albrighton opened the scoring at the other end moments later.

Riyad Mahrez then curled in a free-kick just before the half-hour mark before converting a 61st-minute penalty following a foul by goalkeeper Ludovic Butelle on Jamie Vardy to hand the Foxes all three points in their first European match in 16 years.

“The match could have changed face if they scored at the beginning, but they lost the chance and our first chance we scored a goal. It was good for us to start our story with a victory,” said Ranieri, whose team bounced back from a 4-1 thumping at Liverpool at the weekend.

“It was important to show a reaction after the Liverpool defeat. That was very, very important. “I said from the beginning that the Champions League is an experience for us. We hope to go through the group and play again, but for us also it is important if we don’t achieve the first two positions, to go into the Europa League.

“That’s our target, our desire, to continue in Europe. Of course the Champions League is much better, but now we play just the first match. There are another five, so stay calm, humble,” added Ranieri, whose team are already in control of Group G after rivals Porto and FC Copenhagen drew 1-1 in Portugal.

Porto, twice former European champions, visit the King Power Stadium next at the end of the month before the Danish champions come to England in October.

“It is a big test against everybody because with Rostov we are the only two teams who had never played in the Champions League and for us it is difficult to play against teams who have very good experience, like Brugge, Copenhagen and Porto,” added Ranieri.

“But we have started well. That gives us confidence and now we have to stay calm and put our minds on the next match on Saturday.”