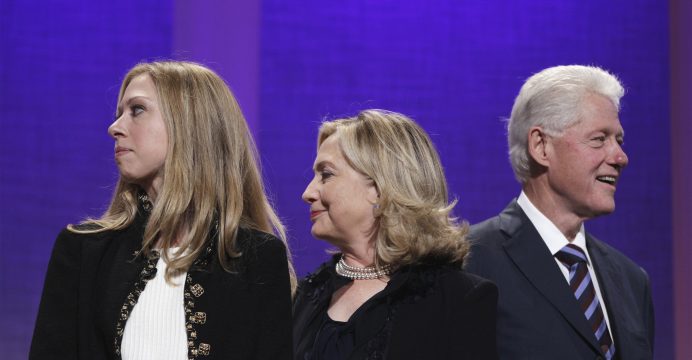 Clinton Foundation would spin off its flagship health project into a “completely independent” charity if Hillary Clinton wins the U.S. presidency in November, the charity announced on Wednesday.

The Clinton Health Access Initiative, which has worked to lower the cost of HIV medicine in sub-Saharan Africa, accounts for about two thirds of the foundation’s expenses, much of that from foreign sources, according to the foundation’s financial reports. Bill and Chelsea Clinton, Hillary Clinton’s husband and daughter, would step down from the health project’s board and the project would no longer use the Clinton name and use only its acronym, CHAI, if the family returns to the White House next year, the announcement said,reports Reuters.

Clinton has defended her family’s philanthropic organizations against accusations by Donald Trump, her Republican rival, and others that wealthy donors, including foreigners and corporate leaders, might expect favorable treatment from the U.S. government. She has said no donor ever received inappropriate favors, but her staff have said she recognizes reorganization would be necessary to avoid any appearance of conflicts of interests.

Other long-time Clinton associates – Bruce Lindsey, Ira Magaziner and Maggie Williams – would also step down from the board, and the remaining board members would replace all five in consultation with global health experts, the charity said. Magaziner would be replaced as the project’s chief executive.

“If Secretary Clinton is elected President, the changes outlined here will be implemented and CHAI would become an organization completely independent of the Clinton Foundation,” the statement said.