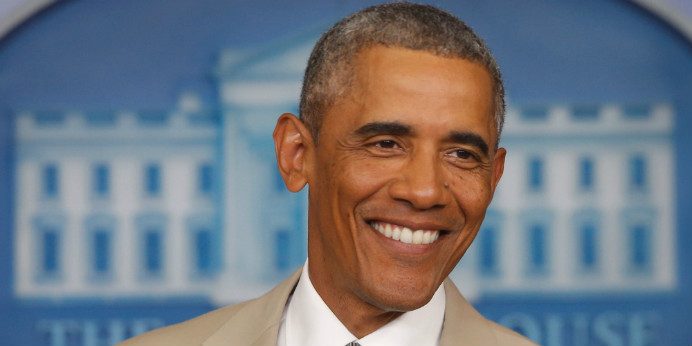 US president Barack Obama on Wednesday met a survivor maimed by American bombs covertly dropped on Laos decades ago after pledging to help clean up a country he said was still living in the shadow of war, reports BSS.

A day after announcing $90 million to survey and remove unexploded ordnance, Obama visited a US-backed NGO which helps provide prosthetics to the tens of thousands maimed by US munitions.

Between 1964 and 1973 a secret CIA-led operation to cut supplies to the Vietcong resulted in two million tons of ordnance being dropped on Laos — more than the combined total dropped on both Japan and Germany during World War Two.

Much of the country is still littered with deadly munitions, including millions of cluster “bomblets” that kill to this day.

“For many people, war is something people read about in books,” Obama said while touring a facility where crutches and prosthetic legs of all sizes were strewn.

Among the people he met was Thoummy Silamphan who at the age of eight had a bomb rip though his right hand while he was foraging for bamboo shoots.

“For the last four decades, the people of Laos have lived under the shadow of war.”

Obama has said that the United States has a moral obligation to clean up, while refraining from offering a formal apology for a campaign the American people did not know about.

By increasing aid Washington wants to close an unedifying chapter of its history and build new ties with a small country that sits at heart of South East Asia.