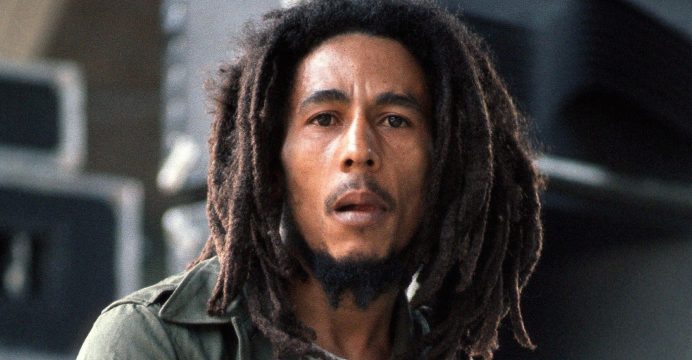 Perhaps given his notorious drug of choice, you wouldn’t expect Bob Marley to be much of an athlete. He was legendary at table tennis, but despite the needed reflexes, that still seems plausible.

More surprising is what Marley’s son Stephen told The Huffington Post about his famous father’s other sport of choice, following a conversation about Stephen’s new album, “Revelation Part II: Fruit of Life.”

The 44-year-old said that he remembers Bob’s ping-pong skills, but the thing that really sticks out in his memory:

Stephen’s father was a lover of running.

Bob Marley, the man that, according to myth, smoked about a pound of weed every week, “used to sprint.”

“He was very fast,” said Stephen. “He was a very fast runner. I remember that we used to run races. I used to think that, ‘Oh, I can run faster than my dad.’ But wow, that man was fast.”

Stephen recalled his father would make a weekly running event for the family.

“We would go into the country [in Jamaica], we had some property in the country there,” explained Stephen. “We would go on Sundays and we would race. We would have relays. He would beat everybody.” The musician began laughing in recollection, adding that Bob was “very” athletic.

Ziggy Marley, another son of Bob’s, has said in the past that his father would go on morning runs, but didn’t mention that Bob would go so far as to organize family races.

Bob’s athletic ability actually shouldn’t be too, too confounding, as much more is already known about Bob’s love of playing soccer. He had similarly perplexing heightened abilities in the game and the official Bob Marley website now has a whole extensive photography section devoted to pics of him playing.

Bob once told a journalist, “If you want to get to know me, you will have to play football against me and [his band] the Wailers.”

Despite how pop culture has probably twisted your perception of the musician over the years, perhaps you should start thinking of Bob Marley as a sportsman. Still, Stephen is proud that his father has become so ubiquitous of a symbol, no matter the form. “You can’t keep a good man down, you know,” said Marley. “It’s always humbling and inspiring and keeps us focused when we see the image of our father all over the place.”