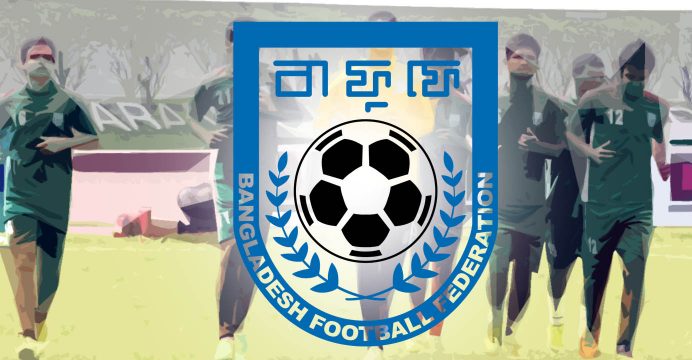 The match will start at Bangladesh standard time 10 pm.

Ahead of the match the Bangladesh team had their practice session at the match venue this morning, according to a message received here from BFF.

The local temperature is less than 27 degree. All team members are well and good. The head coach Tom Julianus Maria Saintfiet discussed the planning of the match with players.

The National Football Stadium also known as the Rasmee Dhandu Stadium is a multi-purpose stadium in Male, Maldives. The stadium holds around 11,000 spectators.

The Bangladesh team will play the friendly match as a part of their preparation ahead of AFC Asian Cup 2019 Qualifiers (Play-off-2) matches against Bhutan.

Bangladesh will play their home match against Bhutan on September 6 at Bangabandhu National Stadium while the away match is slated on September 11.

The Bangladesh team is expected to return home on September 3 to take the final preparation for the home match against Bhutan.