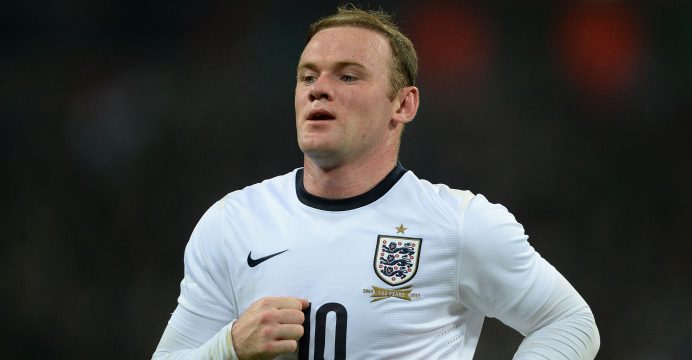 Wayne Rooney will end his England career after the 2018 World Cup in Russia, the striker said on Tuesday, reports Reuters.

The 30-year-old made his announcement at a news conference ahead of the World Cup qualifier against Slovakia on Sunday when will set a new record for an England outfield player, ahead of David Beckham, by winning his 116th cap.

“Come Russia I feel that will be the time for me to say goodbye to international football, my mind is made up, said Rooney, who was reappointed England captain by new manager Sam Allardyce on Monday.

“Russia will be my last opportunity to do anything with England so I’m going to try to enjoy these two years and hopefully I can end my time with England on a high,” he said.

England’s record goalscorer with 53 goals, Rooney has been a stalwart for his country since bursting on to the international scene under Sven-Goran Eriksson at Euro 2004.

Four managers and 12 years later, however, Rooney accepts there has been a familiar tale of England under-achievement.

“We have to (move on from previous disappointments). You can’t just forget it (Euro 2016) but it’s a new era for us. A new manager. I seem to say that after every tournament. We have to work out how we can go one step further in tournament play.

“I’m looking forward to this new regime. I’m excited by the players involved at the moment and, although there have been questions about my future, I said straight after the Euros that I wanted to still be involved,” he added.

“When Sam got the job I made that clear to him and here we are. Sam is a relaxed guy. The camp has been good, we have only had one session, but we are all excited about what ideas he can bring to us.”

Rooney said he was happy to play anywhere for England although Allaryce has said he will ask him to fill a No. 10 role as opposed to the midfield position where previous manager Roy Hodgson deployed him at Euro 2016.

“Obviously, it’s the manager’s decision,” Rooney said. “We haven’t really spoken about it – we will in the next couple of days. I’m ready to play whether it’s midfield, number 10 or striker.”