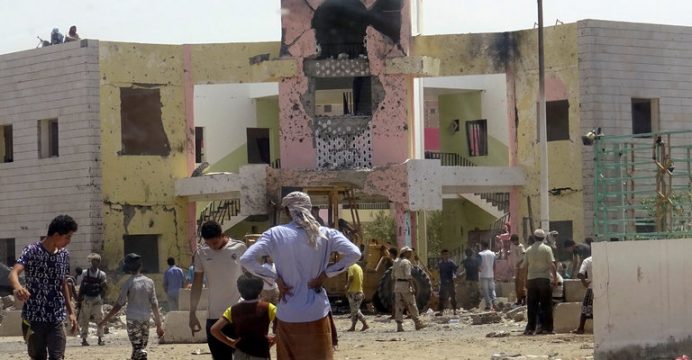 The death toll in a suicide car bomb attack on an army training camp in Yemen’s port city of Aden has risen to 70, according to medical sources.

The incident took place at a camp in northern Aden on Monday when the attacker drove his vehicle into a gathering of new recruits at the camp, reports Aljazeera.

The Islamic State of Iraq and the Levant (ISIL) group claimed responsibility for the attack later on Monday. Khidra Lasour, the director general of Yemen’s health ministry in Aden, told Reuters news agency that at least 67 people were wounded. 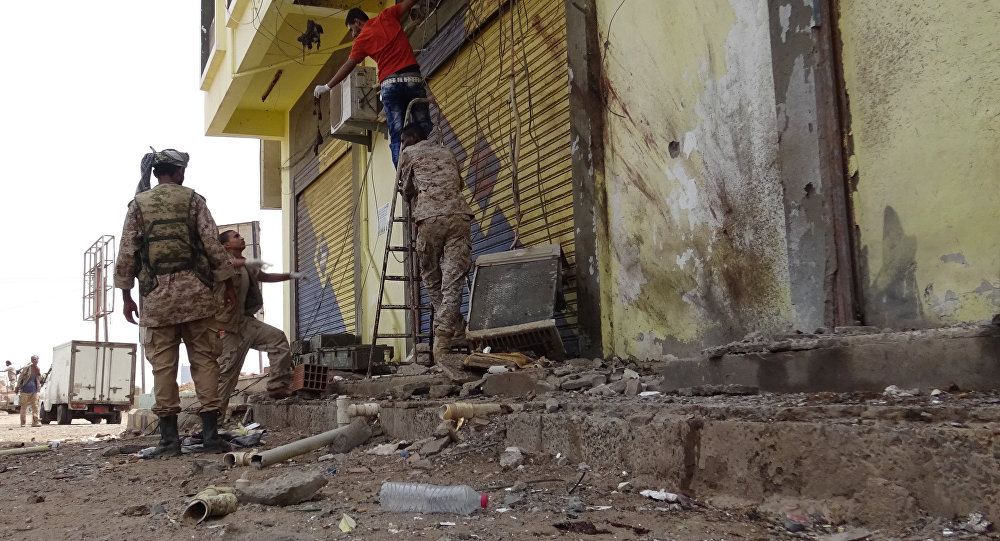 “It’s a massacre. This is the highest death toll in any attack that has happened in Aden,” Hakim Almasmari, editor-in-chief of Yemen Post newspaper, told reporters.

Witnesses said the suicide bomber entered the compound behind a truck that had brought breakfast for the recruits, who had queued for the meal.

Officials said some recruits were buried when a roof collapsed after the blast. Debris was scattered around the complex and nearby buildings were damaged as well.

Aden, the temporary base of Yemen’s Arab Gulf-backed government, has seen a wave of bombings and shootings targeting officials and security forces.

Yemeni authorities have trained hundreds of soldiers in Aden over the past two months as part of operations to retake neighboring southern provinces from fighters.

The fighters are still present in areas surrounding the recaptured towns and control large parts of the neighboring Shabwa province, the sources say.

The Arab coalition which backs the Yemeni government against Iran-backed rebels has also been providing troops with air cover throughout the war against the fighters.

The coalition assembled by Saudi Arabia intervened in Yemen in March last year and has helped government troops to push the rebels out of Aden and four other southern provinces.

But authorities have been struggling to secure these provinces. More than 6,600 people, mostly civilians, have been killed in Yemen since March 2015 and more than 80 percent of the population has been left in need of humanitarian aid, according to the UN.