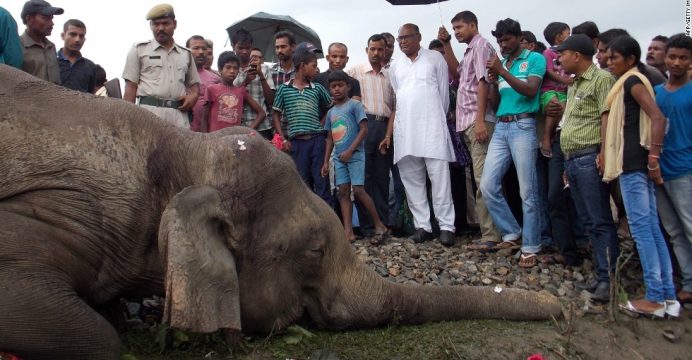 Three elephants have been killed after being hit by a passenger train in the eastern Indian state of West Bengal, a senior railway official said on Saturday, reports BSS.

The incident took place when the three — two female adults and a calf –were crossing railway tracks near Bishnupur in the state’ s Bankura district Friday night, the official said.

Train movement in the area was affected for hours before being finally restored this morning, he said, adding a probe has been ordered into the incident.

Elephants often die of accidental electrocutions, poaching, poisoning by farmers to prevent them from damaging crops and after being run over by trains across India.

While elephants are worshipped by many in India, shrinking habitat has led to increased conflict with people and the deaths of many of the protected animals. There are around 26,000 wild elephants in India, where it is a heritage animal.