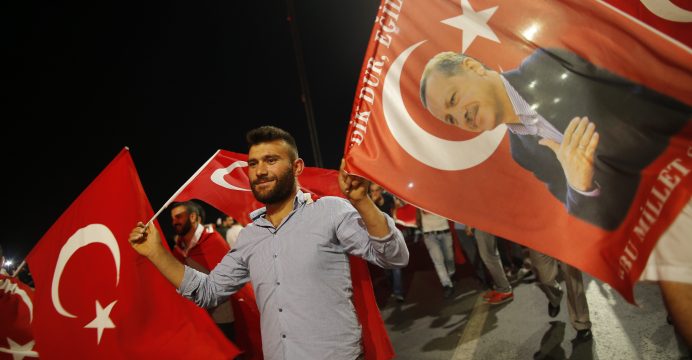 President Tayyip Erdogan said Turkey’s resolve to battle militants would only increase after Friday’s attack on a police headquarters in the southeast of the country that he blamed on the outlawed militant group Kurdistan Workers Party (PKK).

Turkey was battling militants “at home and abroad”, the president said in a statement, two days after Turkey launched an incursion against Islamic State and Kurdish militia fighters in Syria,reports Reuters.