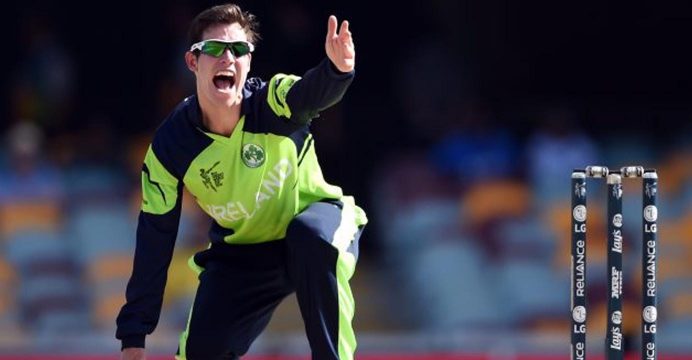 George Dockrell returns to the Ireland squad for the upcoming ICC InterContinental Cup clash against Hong Kong, and also for the one-day internationals in South Africa next month.

The 24 year-old left-arm spinner replaces Stuart Poynter for the four-day game at Stormont, but Poynter is included in the ODI squad which will face South Africa and Australia in Benoni next month.

“With the InterContinental Cup game against Hong Kong it gave the selectors an opportunity to continue to focus on the formula that has brought success so far in the competition,” said Head of Selectors Alan Lewis.

“It’s a format which we have excelled in over the years, winning it four times. We’ve named what we feel is a well-balanced squad which will give William (Porterfield) plenty of options as we seek out another victory,” added Lewis.

“We’ve opted for an extra spinner in George who has produced some of his best cricket over the past six years in this competition. Also we felt that the pitches in late August/early September are likely to offer assistance to the slow bowlers as the game progresses.”

Despite only turning 24 last month, Dockrell has taken 218 wickets in 146 matches for Ireland – his best bowling return of 6 for 39 coming in the InterContinental Cup against The Netherlands in 2013.

Ireland have won their three games in the competition to date, and currently occupy second place in the table – one point behind leaders Afghanistan.

Ireland have also named their ODI squad for the games in Benoni against hosts South Africa and Australia.

The selectors have opted to keep the squad which played this week against Pakistan with one addition – as Dockrell is again recalled.

“While this week’s performance was disappointing, we feel this group of players deserve another opportunity,”said Lewis. “These games will certain provide us with a stern challenge but I’m certain the squad will respond positively.”

Cricket Ireland will announce the squad for the two T20 internationals against Hong Kong on Tuesday.