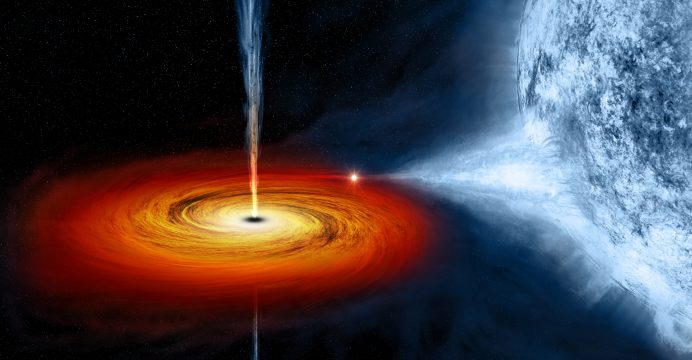 When a star moves close to a supermassive black hole it can be disrupted violently. About half of the gas in the star is drawn towards the black hole and forms a disc around it. During this process, large amounts of gravitational energy are converted into electromagnetic radiation, creating a bright source visible at many different wavelengths, reports Science Daily.

One dramatic consequence is that some of the star’s material, stripped from the star and collected around the black hole, can be ejected in extremely narrow beams of particles at speeds approaching the speed of light. These so-called relativistic jets produce strong emission at radio wavelengths. 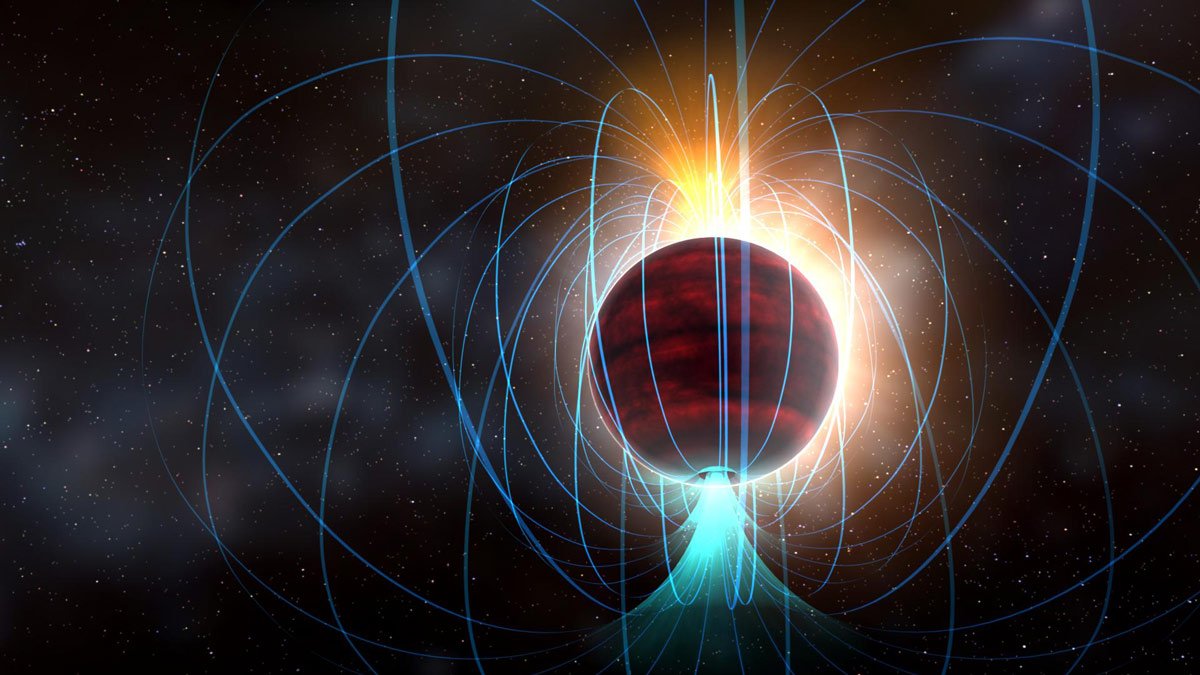 The first known tidal disruption event that formed a relativistic jet was discovered in 2011 by the NASA satellite Swift. Initially identified by a bright flare in X-rays, the event was given the name Swift J1644+57. The source was traced to a distant galaxy, so far away that its light took around 3.9 billion years to reach Earth.

Jun Yang and his colleagues used the technique of very long baseline interferometry (VLBI), where a network of detectors separated by thousands of kilometres are combined into a single observatory, to make extremely high-precision measurements of the jet from Swift J1644+57.

“Using the EVN telescope network we were able to measure the jet’s position to a precision of 10 microarcseconds. That corresponds to the angular extent of a 2-Euro coin on the Moon as seen from Earth. These are some of the sharpest measurements ever made by radio telescopes,” says Jun Yang.

Thanks to the amazing precision possible with the network of radio telescopes, the scientists were able to search for signs of motion in the jet, despite its huge distance.

“We looked for motion close to the light speed in the jet, so-called superluminal motion. Over our three years of observations such movement should have been clearly detectable. But our images reveal instead very compact and steady emission — there is no apparent motion,” continues Jun Yang.

The results give important insights into what happens when a star is destroyed by a supermassive black hole, but also how newly launched jets behave in a pristine environment. Zsolt Paragi, Head of User Support at the Joint Institute for VLBI ERIC (JIVE) in Dwingeloo, Netherlands, and member of the team, explains why the jet appears to be so compact and stationary.

“Newly formed relativistic ejecta decelerate quickly as they interact with the interstellar medium in the galaxy. Besides, earlier studies suggest we may be seeing the jet at a very small angle. That could contribute to the apparent compactness,” he says.

The record-sharp and extremely sensitive observations would not have been possible without the full power of the many radio telescopes of different sizes which together make up the EVN, explains Tao An from the Shanghai Astronomical Observatory, P.R. China.

“While the largest radio telescopes in the network contribute to the great sensitivity, the larger field of view provided by telescopes like the 25-m radio telescopes in Sheshan and Nanshan (China), and in Onsala (Sweden) played a crucial role in the investigation, allowing us to simultaneously observe Swift J1644+57 and a faint reference source,” he says.

Swift J1644+57 is one of the first tidal disruption events to be studied in detail, and it won’t be the last.

“Observations with the next generation of radio telescopes will tell us more about what actually happens when a star is eaten by a black hole — and how powerful jets form and evolve right next to black holes,” explains Stefanie Komossa, astronomer at the Max Planck Institute for Radio Astronomy in Bonn, Germany.