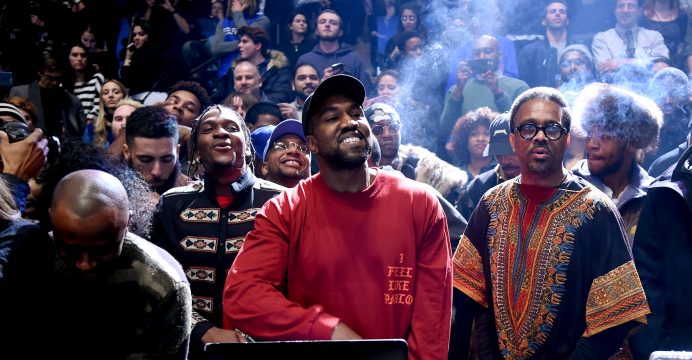 Rapper and fashion designer Kanye West is turning his tour merchandise into high-demand fashion, and eager fans lined up on Friday to be among the first to get their hands on the limited-edition “Life of Pablo” clothing.

Hundreds waited outside pop-up stores in London, Manhattan and Los Angeles a week ahead of the rapper kicking off his “Saint Pablo” North America tour for his “The Life of Pablo” album.

The collection of t-shirts, hoodies and jackets featuring lyrics and phrases from West’s album written in large gothic font, is being sold at 21 pop-up stores around the world, including Melbourne, Singapore and 14 U.S. locations.

Items ranged from $55 for a short sleeve T-shirt to $105 for hoodies and $325 for a camouflage print jacket.

“Even though everybody is gonna get it … if you got that item, you’re the man. So you got to get it. It’s a trend.”

In Los Angeles, fashion designer Cesar Martinez waited 24 hours to be first in line and was rewarded with a phone call from the rapper himself.

“We’re going to work together. I have a notebook, I’ll show it to you, you’ll love it. I’m the future, bro,” Martinez told West. He also thanked the rapper for inspiring him, saying “I got out of the projects because of you.”

Karim Perez said he spent more than $900 in the Manhattan store on Friday on items including a black hoodie and a jacket. He said prices were around $10 to $20 higher compared to the first round of “Pablo” pop-up stores in Manhattan and Los Angeles in March.

“I just don’t like the fact that because of the first time it was successful, they raised the prices on the items,” Perez said.

Jason Smith said he hadn’t planned on queuing outside the Manhattan store until he saw people camping overnight. That’s when he decided to make some extra cash.

“I’m not going to wear stuff with giant rap lyrics in old English. But I know I can probably buy this stuff, and maybe double or triple my investment today,” Smith said.

On Friday, a black ‘Pablo’ jacket was being offered for $750 on EBay, while t-shirts were selling for more than $100.