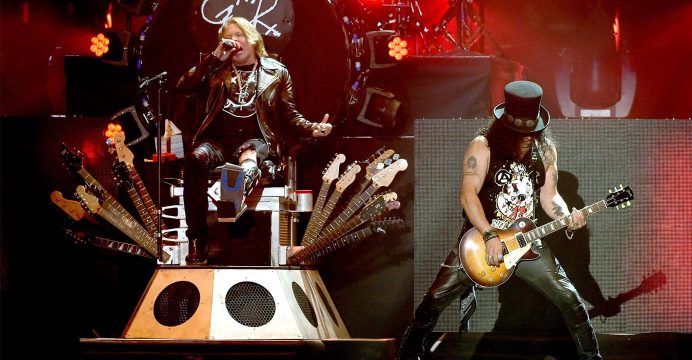 The hard rock legends said they would play three shows in Japan in January one in Osaka and two at Saitama Arena near Tokyo followed by five Australian dates.

Guns N’ Roses, whose 1987 “Appetite for Destruction” remains the top-selling debut album ever, in April reunited with their classic lineup of singer Axl Rose and guitarist Slash for the first time since 1993.

The rockers who had passed up years of lucrative reunion offers amid bad blood between Rose and Slash are touring North America and afterward, plan shows in Latin America.

The reunion has gone smoothly, with longtime fans of Guns N’ Roses startled that the notoriously hard-partying band is even starting sets on time.

The band is taking a break after the North American dates as Rose tours with Australian rock elders AC/DC, replacing singer Brian Johnson who risked the hearing loss if he kept performing.

The Guns N’ Roses reunion is nonetheless without Izzy Stradlin, the rhythm guitarist and writer of some of the band’s best-known songs, who has declined to participate.