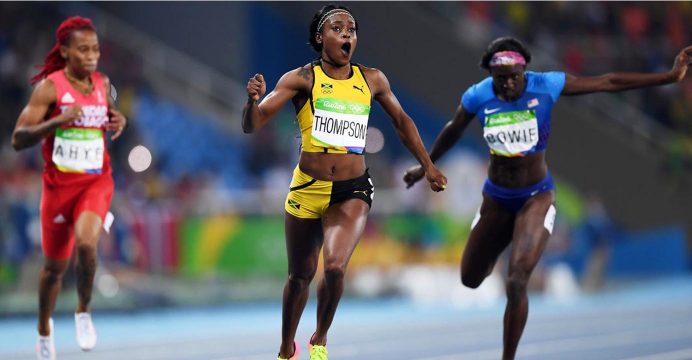 Sprint queen Elaine Thompson from Jamaica became the first woman since 1988 to take gold in both 100m and 200m.
Thompson’s dominant victory emulated the legendary American Florence Griffith Joyner, the last woman to win both 100m and 200m gold medals at the same Games. After the race Thompson said she was shocked by her Rio success and revealed Joyner was a huge inspiration to her, having watched videos of her 1988 races on the internet.

The Jamaican started strong and surged ahead of the field. Pre-race favourite Dafne Schippers from the Netherlands tried to take the initiative coming off the bend, but Thompson stayed in control and managed her race perfectly, accelerating away for a victory. After the bend, she never looked like relinquishing her lead to win in 21.78. Schippers finished on silver with 21.78, American Tori Bowie got bronze in 22.15, adding to her silver from 100m. 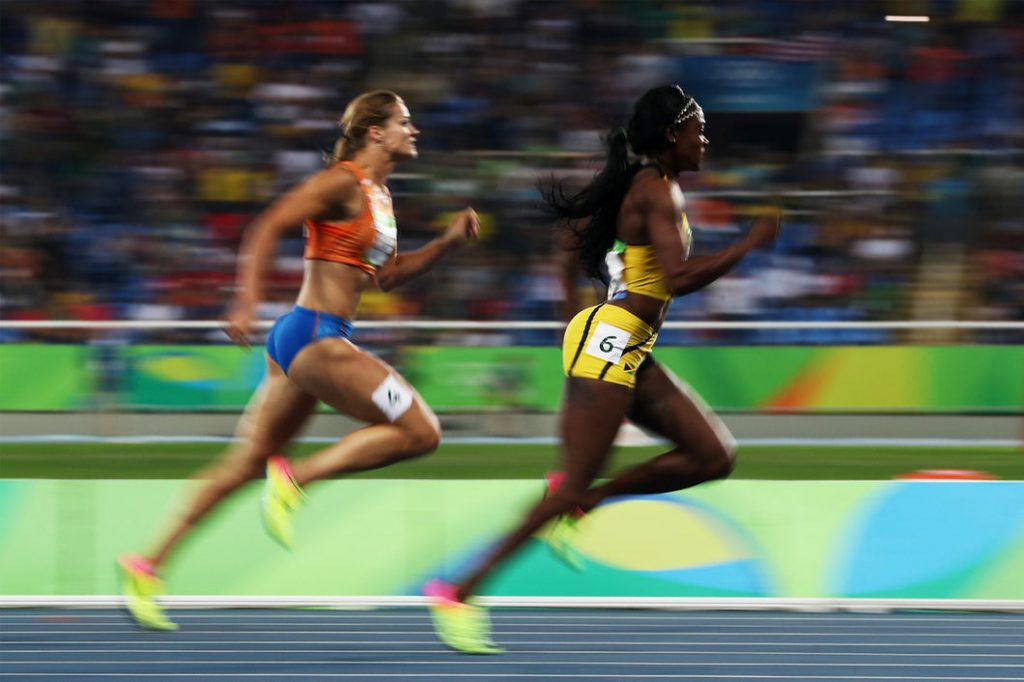 Thompson was overwhelmed by her victory: “My school motto was ‘let the light shine’ and I let my light shine tonight. It’s a big surprise to me because I have had a hamstring injury. You must overcome these things and tonight I am standing here with a gold. To beat Dafne is a hard run. I had rough days training but I did not let that overcome me. I’m a warrior.”

Dutchwoman Schippers, the 2015 world champion, beating Thompson in the final in Beijing, was disappointed with her race: “I came for gold. I was in good form. I was getting closer and closer. I felt I was nearly passing her, but then I broke down as well.”

“I came here and did what my coach said — finished what I started,” said bronze medallist Bowie. “I feel like my execution at the start from the blocks was not the way I normally execute. I haven’t spoken to my coach yet but I am thankful for how the race went. My goal today was to finish as best I could and I’m leaving with another medal. Who couldn’t be thankful for that?”

Thompson’s victory over Schippers ensured Jamaica maintained its grip on the Games’ most prestigious sprinting titles. After winning nine of the 12 sprint events in 2008 and 2012 combined, Jamaica has now won the first three in Rio. With Usain Bolt going into the men’s 200m final as the favourite and their relay teams oozing talent, they could take all six. Both Thompson and Bolt could leave Rio with triple gold.