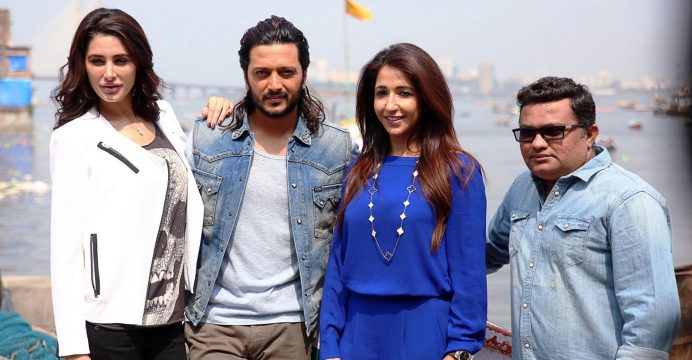 Nargis Fakhri and Krishika Lulla learn a language for Banjo

Nargis Fakhri, who will be seen playing a New-York based DJ in Eros International’s upcoming musical drama, Banjo, starring Riteish Deshmukh in the lead role, had a bit of a language on the sets of the movie, reports Bollyspice.

The cast and crew including her co-star Riteish, director Ravi Jadhav, used to converse in Marathi (which is their mother-tongue), and it became a problem for Nargis who was unable to understand what the conversation was all about. For that matter, the producer Krishika Lulla, faced the same issue.

Interestingly, both Nargis and Krishika used to overhear people talking in Marathi, which helped them understand and learn the language. Nargis says, “Most of the people on the set including Ravi sir, Riteish and the crew members used to converse in Marathi and it raised my curiosity to know what the conversation was all about. So I used to check the same with the production guys and learnt a few common Marathi words quickly.”

Banjo is produced by Eros International.