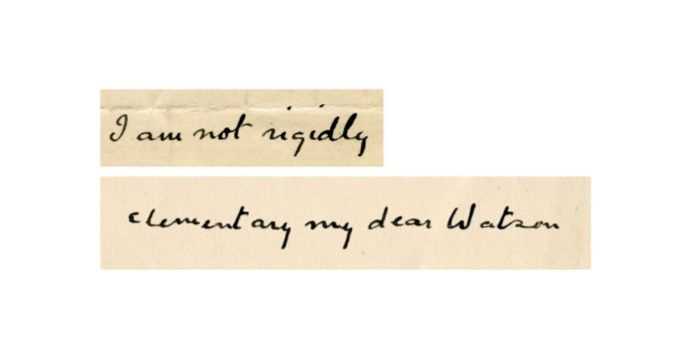 In a world increasingly dominated by the QWERTY keyboard, UCL computer scientists have developed software which may spark the comeback of the handwritten word by analysing the handwriting of any individual and accurately replicating it.

The scientists have created ‘My Text in Your Handwriting’, a programme which semi-automatically examines a sample of a person’s handwriting, which can be as little as one paragraph, and generates new text saying whatever the user wishes, as if the author had handwritten it themselves.

First author, Dr Tom Haines (UCL Computer Science), said: “Our software has lots of valuable applications. Stroke victims, for example, may be able to formulate letters without the concern of illegibility, or someone sending flowers as a gift could include a handwritten note without even going into the florist. It could also be used in comic books where a piece of handwritten text can be translated into different languages without losing the author’s original style.”

Published in ACM Transactions on Graphics and funded by the EPSRC, the machine learning algorithm is built around glyphs – a specific instance of a character. Authors produce different glyphs to represent the same element of writing – the way one individual writes an “a” will usually be different to the way others write an “a”. Although an individual’s writing has slight variations, every author has a recognisable style that manifests in their glyphs and their spacing. The software learns what is consistent across an individual’s style and reproduces this.

To generate an individual’s handwriting, the programme analyses and replicates an author’s specific character choices, pen-line texture and colour, inter-character ligatures (the joining-up between letters), and vertical and horizontal spacing.