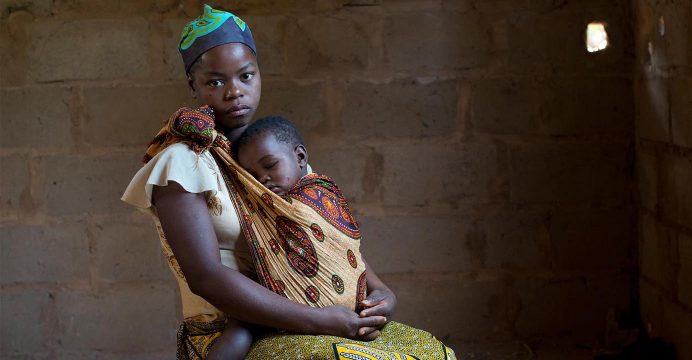 An estimated 87,000 pregnant and lactating women affected by the current drought in Mozambique are in urgent need of nutritional assistance, warns the international humanitarian organisation CARE.

“We need to make sure that this drought does not continue to put women and girls at greatest risk. El Niño turns the already dire situations especially of pregnant and lactating women as well as their children into real catastrophes,” says Lise Tonelli, Emergency Team Leader for CARE in Mozambique.

Mozambique is currently experiencing its worst drought in 35 years, with two million people affected by food insecurity, water shortages and loss of income. So far, CARE and other organizations can only reach a third of the people in need, as less than a fifth of the required funding for the region has been received so far.

Even prior to the El Niño induced drought, only 47 percent of pregnant women could receive antenatal care in Mozambique, and one in seven women dies every year during pregnancy or because of childbirth complications. The situation has been exacerbated by the drought, with health facilities struggling to deal with limited water and an increase in patients suffering from drought-related illnesses such as diarrhoea. With people under such strain, there are also reports that pregnant women are now less likely to give birth at health facilities, thereby increasing the risk of maternal and neonatal deaths.

“We have some anecdotal evidence of women resorting to survival sex or other forms of exploitative behavior to get food, and many mothers are putting their own needs last. They are eating less so their children can eat more, but at the same time they have to walk hours and hours in search of food and water,” says Tonelli. Reports are also suggesting an increase in child marriage, with families aiming to reduce the number of mouths to feed.

In Mozambique, where already every second girl is married before her 18th birthday and 14 percent are already married by the age of 15, this is a major concern. Child marriages deprive girls of an education and put them at greater risk of domestic and sexual violence.

CARE’s teams on the ground are working intensely to reach as many families with food assistance as possible. As part of an international consortium, CARE aims to reach 500,000 people in the areas worst affected by the drought, with the empowerment of women and girls being a major focus of our work. CARE assists people with food, repairs broken water systems and establishes new ones.

CARE is also working with families in drought affected areas to increase the productivity and profitability of crops, and works with farmers on using modern farming techniques. CARE additionally supports village saving groups to help people set up alternative sources of income, and become more resilient to climate change and reoccurring natural disasters.