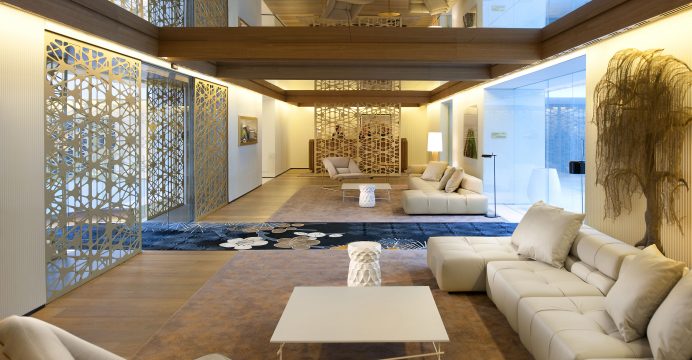 Mandarin Oriental, Barcelona and WORLD CLASS, the luxury collection of spirits from Diageo RESERVE, are opening a pop-up bar. The hotel’s Banker’s Bar will be made-over to recreate PDT (Please Don’t Tell), the legendary New York speakeasy named World’s Best Bar at Tales of the Cocktail in 2009, and again in 2011 by The World’s 50 Best Bars poll, which awarded it All-Time Achiever recognition. PDT BCN, the pop-up bar at Mandarin Oriental, Barcelona will be open from 1 to 30 September.

To faithfully recreate the look and feel of PDT, guests will enter PDT BCN through a hidden entrance in a phone booth, and, once inside, find a bar that closely resembles the New York original. New York’s PDT is concealed behind a vintage phone booth at Crif Dogs, a hot dog stand in East Village. Jim Meehan, bartender, founder of PDT, author of the PDT Cocktail Book, and Jeff Bell, current General Manager of PDT and WORLD CLASS USA Bartender of the Year 2013, will join veteran PDT bartender, Adam Schmidt, behind the bar at PDT BCN creating their unique cocktails.

Liaising with the PDT BCN team, some of the world’s most recognized Chefs will prepare hot dogs they have invented specially for the bar’s customers, including:

PDT’s food and beverage offering reflects the diversity of New York City’s East Village and the Northeastern United States at large. In Barcelona, recipes will be adapted according to the wealth of ingredients available in Spain to provide a distinctive, world-class experience for guests of Mandarin Oriental, Barcelona.

Greg Liddell, General Manager of Mandarin Oriental, Barcelona said, “We are very excited to bring PDT to Barcelona in collaboration with WORLD CLASS and recreate its surroundings here at Banker’s Bar with the PDT BCN pop up. We’re bringing the world’s best cocktails to Barcelona and the best barmen, Jim, Jeff and Adam. Additionally, some of the most exciting chefs in Spain and the world have been invited to create their own gourmet hot dog toppings, which will give the hot dog an exciting local and international twist for foodies, whilst supporting a great cause.”

PDT’s arrival at Mandarin Oriental, Barcelona will be its latest overseas adventure. A PDT pop-up bar was created at The Landmark Mandarin Oriental, Hong Kong in January and was a great success with more than 200 people enjoying the experience, and others have been hosted in Paris, Tokyo and Melbourne, with each one adapted to its locale.