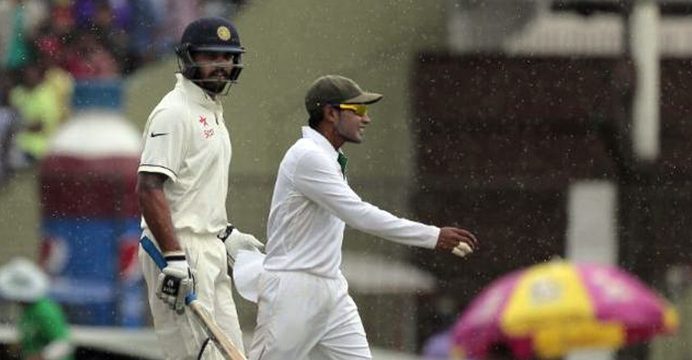 Schedule for India-Bangladesh one-off Test announced. India will play Bangladesh in a historic one-off Test match from February 08-12, 2017 at the Rajiv Gandhi International Cricket Stadium in Hyderabad. The Test match will mark Bangladesh’s first official visit to India since attaining Test status in 2000.

Underlining the significance of the Test, Board of Control for Cricket in India (BCCI) President Anurag Thakur said: “As a leading Test playing nation it is BCCI’s responsibility to give the opportunity to every Test playing nation. It is my pleasure to announce the historic one-off Test match against our neighbours – Bangladesh early next year. This will be a great addition to our home season 2016-17.”

BCB President Nazmul Hassan said the short tour would be a cherished experience for players and fans of both countries: “For the cricketers who will be representing Bangladesh and India, this will be a much-anticipated game and given the competitive nature of their limited overs matches in the recent past, I believe the clash between these two cricket-crazy nations will catch the imagination.

“The long wait for us to play a Test match on Indian soil is finally over and this is a time for celebration,” he added.