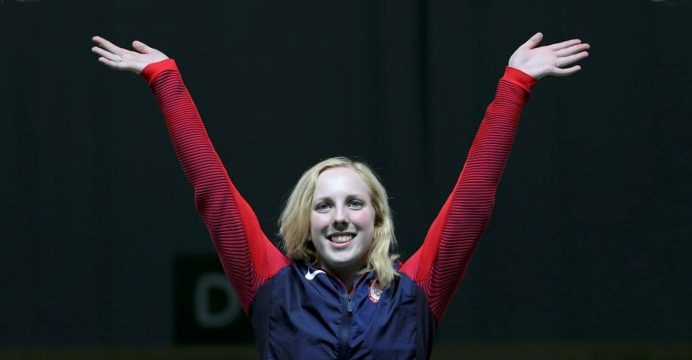 Competing in her first Olympics, Thrasher, as the first champion of the 2016 Games, was awarded her medal by International Olympic Committee (IOC) president Thomas Bach and said the achievement was beyond her wildest dreams.

The youngest of the eight finalists by several years, Thrasher established an early lead after battling with the Russian shooter Daria Vdovina, who stumbled midway through the competition and finished fifth. 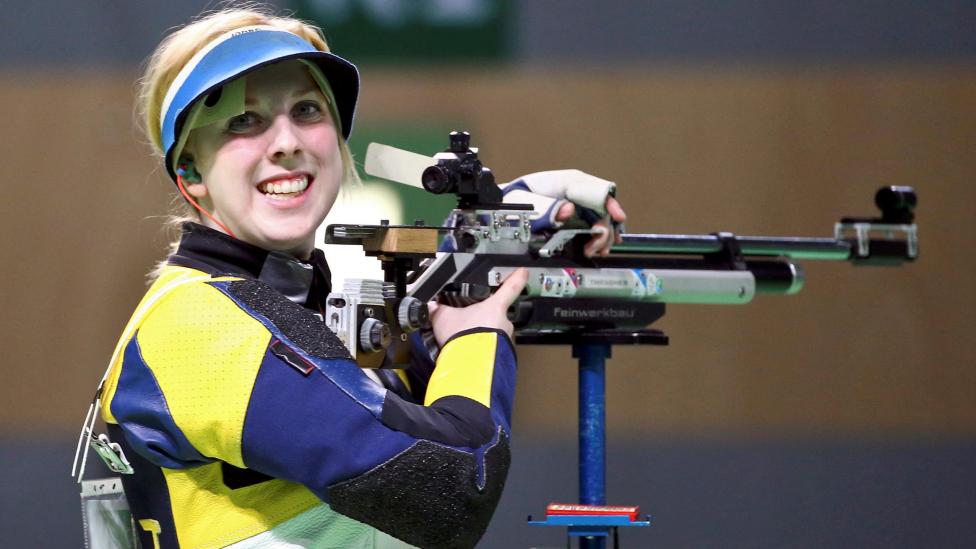 “About halfway through when I took the lead it kind of became clear to me that I was in contention for a medal, but I quickly pushed that thought away and focused on breathing and taking one shot at a time,” Thrasher said.

Thrasher learned to love shooting while hunting deer with her grandfather when she was in eighth grade.

“I got my first deer and I liked the adrenaline of pulling the trigger,” she said.

She then joined her high school air rifle team and was recruited by West Virginia University, where she became a national collegiate champion as a freshman this year.

With her no-nonsense style, Thrasher seemed unfazed by her seasoned field and consistently scored in the 10 points target area over the 20 rounds.

Afterwards, she noted that she had not attended the Olympics’ opening ceremony Friday night and had instead gone to bed early for her Olympic debut.

Like all American shooters, Thrasher faced the inevitable question of what she thinks about gun control in the United States, a hot-button issue in this election year.

She responded matter of factly that the controversy over guns in America “really is just distracting from our sport, which is very different.”