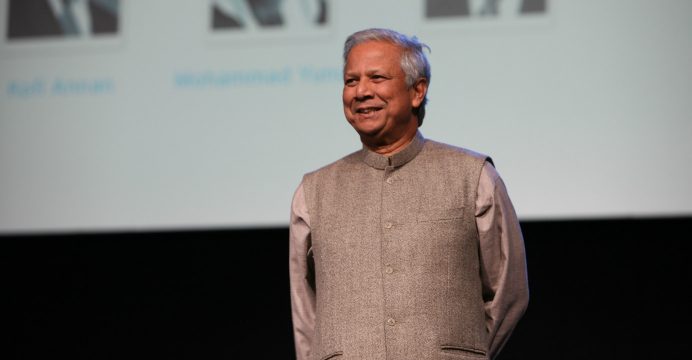 Dr. Muhammad Yunus to be the torchbearer at the opening of 2016 Rio Olympic

Nobel Peace Laureate Professor Muhammad Yunus is being honored to be an Olympic Torchbearer for the Olympic  Games in Rio, Brazil by the President of the International Olympic Committee Mr. Thomas Bach. He is chosen to join the mission of spreading the spirit of the Rio 2016 Olympic Games throughout the world.

The Rio Olympic Torch relay began with the traditional Olympic flame lighting ceremony in the Greek city of Olympia, birthplace of the ancient Games, on 21 April 2016. In Brazil, the Rio 2016 Olympic Torch Relay started in the Brazilian capital Brasília on 3 May.

After travelling more than three hundred cities throughout the country, it will end on 5 August 2016 during the Opening Ceremony at the Maracanã Stadium. Professor Yunus will bear the Olympic torch at the final leg of the relay in Rio on 4 August 2016. 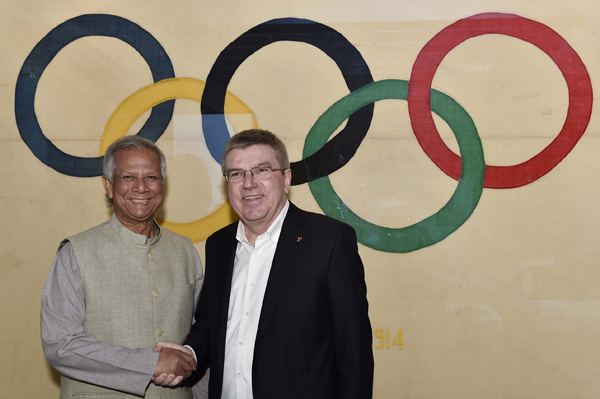 Professor Yunus will be jointly working with IOC to develop a social dimension to the athletics and the sports world, right from the grass root level to the global level. This will include all IOC events, venues, and organizations to participate and create social businesses to address human problems around them.

The Olympic Games began at Olympia in Greece in 776 BC. The games were held every four years from 776 BC to 393 AD. The ancient Olympic Games lasted for 1170 years.

The first of the modern Summer Games opened on Sunday, March 24, 1896, in Athens, Greece. First Olympic Torch Relay started during the 1936 summer Olympic in Berlin, Germany.

Rio Olympic is the 31 edition of the modern day Olympic Games, where 42 different sports will be played. Professor Yunus will be in Brazil from 2 to 9 August 2016.