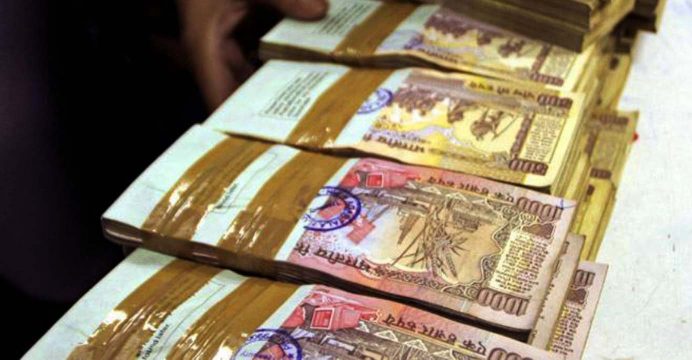 The Asian Development Bank (ADB) has raised Rs5 billion (about $74 million) from its issuance of 5 year offshore Indian rupee (INR) linked bonds. This was ADB’s third bond issue in the offshore INR-linked market, and the second INR issue this year.

“The strength of the Indian economy has led to increasing demand from international investors for Indian rupee-linked bonds,” said ADB Treasurer Pierre van Peteghem. “Today’s transaction, with the longest maturity and the largest size of any previous ADB rupee bonds, demonstrates the underlying investor interest in India and ADB’s commitment to help develop the country’s capital markets.”

Proceeds from the bonds will be mobilized to support private sector lending in the Indian market. India is ADB’s fourth largest shareholder and is its largest borrower, excluding cofinancing. In 2015, ADB approved $836 million in private sector projects in India, its largest market.

The bonds, which are denominated in Indian rupees but settled in US dollars, carry a coupon of 6.45% and mature on 8 August 2021. The bond was underwritten by Citibank and JP Morgan. 31% of the bonds were placed in Asia and 69% in Europe, Middle East, and Africa. By investor type, 70% of the bonds were placed with banks, and 30% with fund managers.

ADB is a regular borrower in the mainstream international bond markets but has also led issuance in developing Asian countries as part of efforts to promote domestic bond markets as an alternative to bank lending. ADB plans to raise around $20 billion from the capital markets in 2016.

ADB, based in Manila, is dedicated to reducing poverty in Asia and the Pacific through inclusive economic growth, environmentally sustainable growth, and regional integration. Established in 1966, ADB in December 2016 will mark 50 years of development partnership in Asia. It is owned by 67 members—48 from the region. In 2015, ADB assistance totaled $27.2 billion, including cofinancing of $10.7 billion.