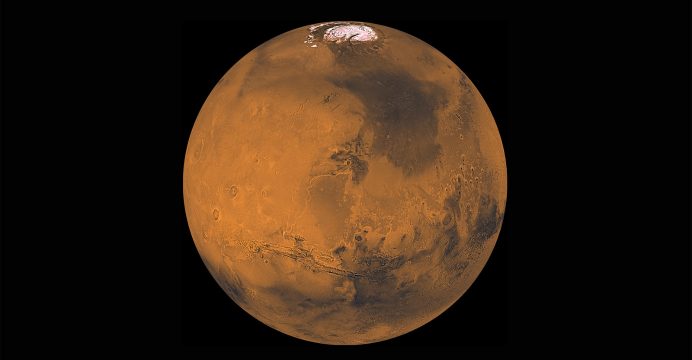 NASA has selected five U.S. aerospace companies to conduct concept studies for a potential future Mars orbiter mission. Such a mission would continue key capabilities including telecommunications and global high-resolution imaging in support of the agency’s Journey to Mars.

The concept studies will address how a potential new Mars orbiter mission could best provide communications, imaging and operational capabilities. They also will assess the possibilities for supporting additional scientific instruments and functionalities, in addition to optical communications.

The Mars Exploration Program Analysis Group, an organization designed to provide input to NASA from the Mars research science community, published a report six months ago on recommended science objectives for a Mars orbiter.

These studies will provide input for assessing the feasibility of addressing these objectives. NASA also is pursuing partnership interest in contributing to this potential mission.

NASA’s Jet Propulsion Laboratory (JPL) in Pasadena, California, is managing the concept studies under the direction of the agency’s Mars Exploration Program.

NASA is on an ambitious Journey to Mars that includes sending humans to the Red Planet in the 2030s. The agency’s robotic spacecraft are leading the way, with two active rovers, three active orbiters, the planned launch of the InSight lander in 2018, and development of the Mars 2020 rover.