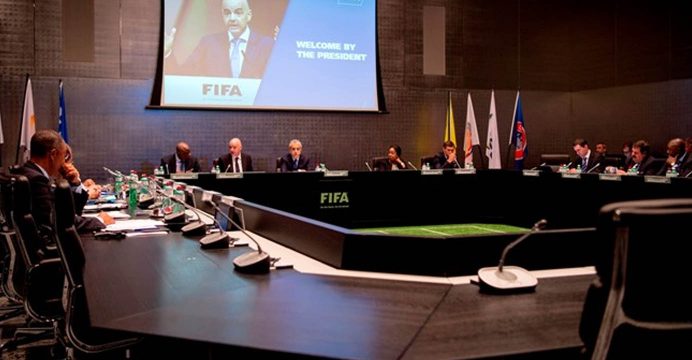 Member associations and confederations can now apply for development funds under the Forward programme, which aims to provide 360-degree, tailor-made support for developing football, based on the following pillars:

• More impact: FIFA will bring together all of its football support projects into one tailor-made contract of agreed objectives to be signed by member associations and confederations

• More oversight: FIFA will introduce enhanced oversight controls to ensure that this increase in football development spending is transparent, including the publication of member associations’ and confederations’ annual financial statements on FIFA.com and annual accounts audited by an independent auditor as presented in the Forward Regulations

“FIFA Forward’s aim is to best fulfil FIFA’s mission of developing the game around the world. This is not simply about providing more funds to member associations and confederations, but about providing concrete assistance to the football community via the transparent use of funds, and changing the culture towards a greater impact of FIFA’s development activities that can systematically be measured,” said FIFA President Gianni Infantino.

“Today’s Development Committee meeting marks a very important day as through Forward, we are making a qualitative step to improve the impact of FIFA’s development projects and better serve the member associations and confederations. The proper structure is being put in place to meet the challenges and ensure the successful implementation of the Forward programme,” stated Shaikh Salman Bin Ebrahim Al Khalifa.

“One of the key priorities of our administration will be to ensure the proper implementation and oversight of the development projects, with enhanced accountability, regular monitoring and reporting. The success of Forward will ultimately not only depend on FIFA but on the work of all our member associations,” commented FIFA Secretary General Fatma Samoura.

The Development Committee confirmed that member associations and confederations will have until 1 June 2017 to wrap up their contracts of agreed objectives with key performance indicators. Until that date, the committee will consider projects for approval on a case-by-case basis.