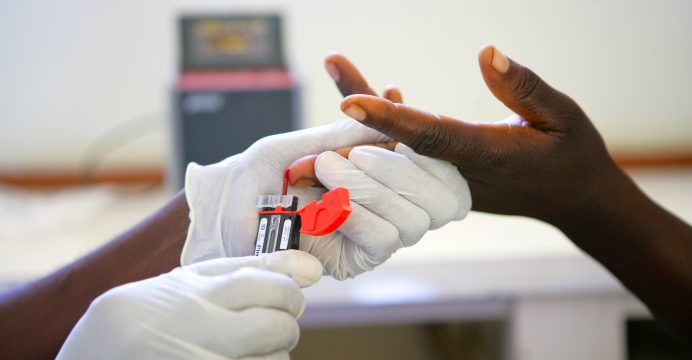 The Collaborative Initiative for Paediatric HIV Education and Research (CIPHER) of the International AIDS Society (IAS) is aimed at optimizing clinical management and delivery of services to infants, children and adolescents affected by HIV in resource-limited settings through advocacy and research promotion.

CIPHER was launched as a two-year research initiative in 2012 with the generous support of an unrestricted grant from founding sponsor ViiV Healthcare. By the end of 2013, the IAS reaffirmed its commitment to paediatric HIV by making paediatrics a programme priority.

CIPHER is designed to complement existing global initiatives and create partnerships to maximize investment in paediatric HIV research and improve paediatric health outcomes. The first phase of the project consisted of building a solid scientific and programmatic foundation based on a comprehensive needs assessment. CIPHER is guided by a world-class Scientific Technical and Advisory Committee (STAC) of experts in paediatric HIV convened by the IAS

Too many gaps in paediatric HIV

Despite notable progress in reducing vertical transmission of HIV, the paediatric population remains significantly disadvantaged regarding access to treatment. Only 23% of children in need received treatment compared with 37% of adults in need in 2013. As the HIV epidemic matures, there is a growing population of adolescents living with HIV; in recent years, this particularly vulnerable group has seen a 50% increase in AIDS-related mortality compared with a decrease of 30% globally. These populations face unique challenges, which the Collaborative Initiative for Paediatric HIV Education and Research (CIPHER) is committed to placing firmly on the global public health agenda.