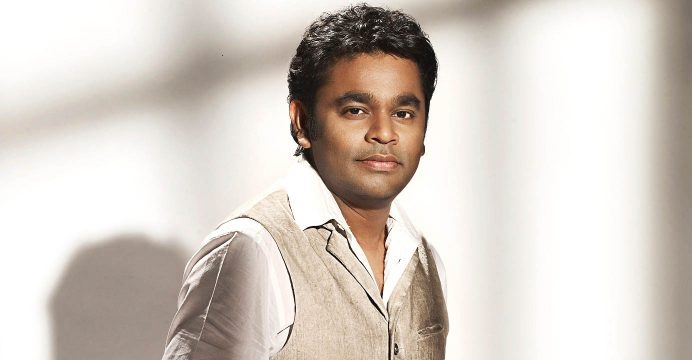 Rahman will bring his live show, Intimate, to the UK this September. A mixture of Eastern classical music, modern electro, and world music, accompanied by traditional orchestra arrangements, Rahman’s Intimate show has already toured the US for an 18-date run.

A.R. commented “After the successful 18-date ‘Intimate’ tour in the US last year, we really wanted to bring it over to the U.K. The show has all kinds of songs, some are Hindi, some Punjabi – there’s a lot of music to hear! ‘The Intimate Tour’ is all about music, it’s all about intimacy and seeing you face to face, and I look forward to seeing you all very soon.” 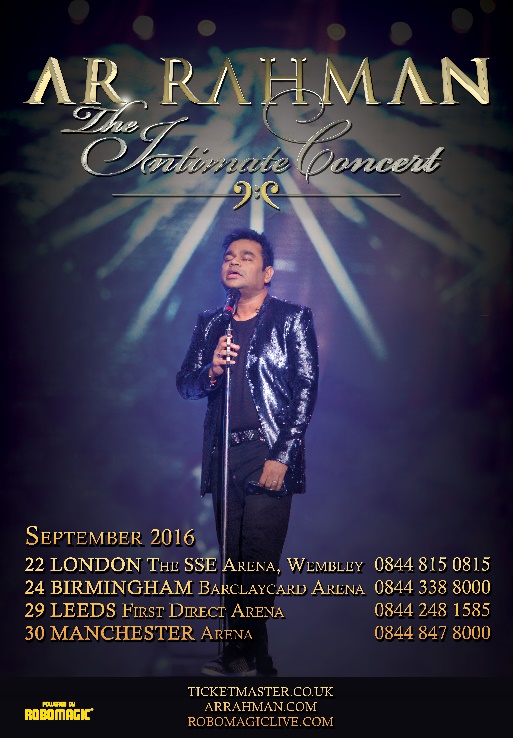 Rahman’s is best known for his work in film, having topped the charts with soundtracks for Bombay, Dil Se, Taal, Zubeidaa and Oscar-nominated Lagaan – Once Upon a Time in India. However, it was his score for Danny Boyle’s Slumdog Millionaire that planted him firmly in the eyes of the public. His score and title track earned him a Golden Globe, two Academy Awards, and two GRAMMYs. Other notable films Rahman has worked on include Pele – Birth of a Legend, Million Dollar Arm, 127 Hours and The Hundred Foot Journey.

The A.R. Rahman UK “Intimate” Tour will be kicks off at London’s SSE Arena Wembley on 22 September, then it will go to Birmingham Barclaycard Arena on the 24th of September. first time ever in history A.R. will perform in Leeds on the 29th and Manchester on the 30th of September.