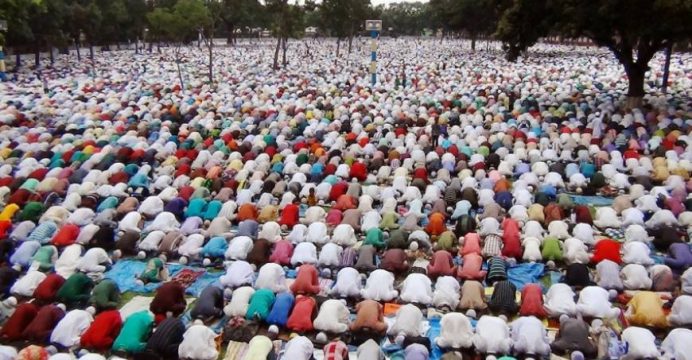 Bomb attack killed 4 ahead of Eid prayer in Sholakia, Bangladesh

Two policemen and one suspected extremist were killed while 12 people injured today as unidentified militants launched a bomb attack near the Sholakia Eid Jamaat ground in the district, minutes before the start of the congregation, police and witnesses said, reports BSS.

“One of our men Md Johirul Islam died after he was admitted to Khishoreganj Zila Hospital, and Ansarullah, later succumbed to his wounds at the Mymensingh Medical College Hospital,” superintend of Police of Kishoreganj Anwar Hossain Khan told reporters.

He said the identity of the alleged miscreant could be known immediately but one of the suspected terrorists was picked up from the scene. 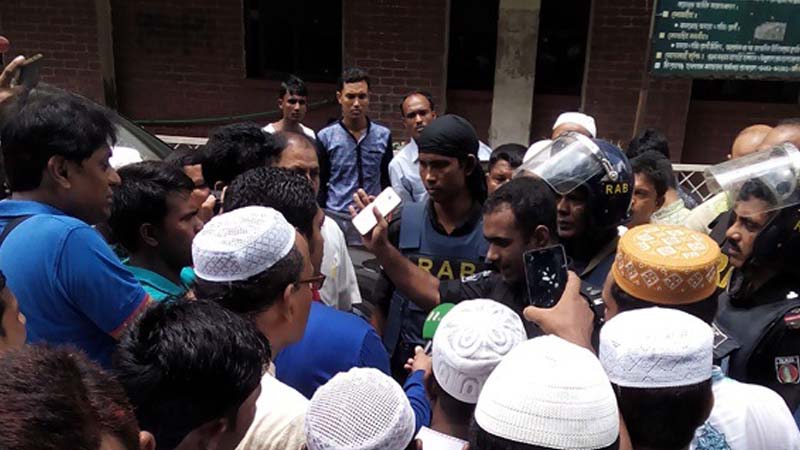 2 policemen among 4 killed in bomb explosion near Sholakia Eidgah *PHOTO: THE INDEPENDENT

Witnesses said police cordoned off the area and launched an immediate manhunt for the culprits calling out extra forces at the scene after the assault, apparently targeting policemen near the Sholakia Eidgah, which earned a fame to be the site of the biggest Eid jamaat of the country for decades.

Additional Superintend of Police of Mymensingh Nure Alam told BSS some critically wounded policemen were sent to Dhaka by a helicopter, some were admitted to Combined Military Hospital (CMH) in Mymensingh Cantonment and others were being treated at Mymensingh Medical College Hospital.

The 189th jamaat on the Sholakia Eidgah Maidan, however, was held at 10.00 am as scheduled following a custom of opening blank fire while tens of thousands of Muslims joined the congregation, led by Maulana Shoaib, a teacher of local Jamia Madrasa.

A special munajat was also offered seeking divine blessings for peace, development and welfare of the people of the country as well as the Muslim Ummah.