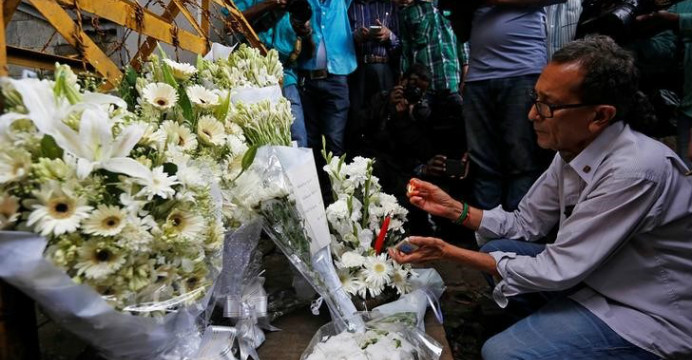 People to pay tribute to the terror victims of Dhaka Attack

People cutting across their social background and foreign nationals in Dhaka, Bangladesh today rallied for the second day around the scene of Friday night’s hostage massacre in Gulshan to pay respect to the terror victims, reports BSS.

Armed police continued to enforce the siege around the Holey Artisan restaurant at Gulshan Road No 79 restricting movement of the people but the visitors rallied up to the barricade and placed wreaths as marks of their respect.

People were seen coming to the scene in small groups of two three and some were coming alone and placing bouquet or single flower where the police barricade sealed the road. 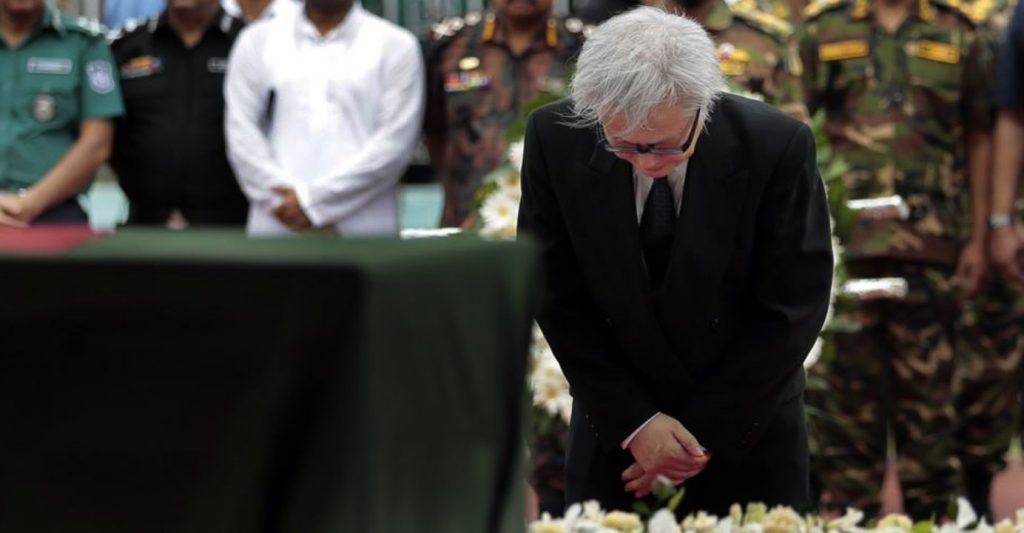 Masato Watanabe, Ambassador of Japan to Bangladesh, offers his tribute to the victims of the attack on Holey Artisan Bakery, at a stadium in Dhaka, Bangladesh

International media and reputed foreign TV channels were seen grabbing pictures of the area as they arrived Dhaka to cover the first ever such terrorist attack in Bangladesh in which 20 people were massacred, 17 being foreign nationals.

A Staff Photographer of the esteemed daily of Japan Asahi Shimbun Wataru Sekita said that he and his colleague came to Dhaka yesterday to cover the incident.

Prime Minister Sheikh Hasina earlier today paid ceremonially homage to the slain hostages at the Bangladesh Army Stadium as the second day of the two-day national mourning was underway.