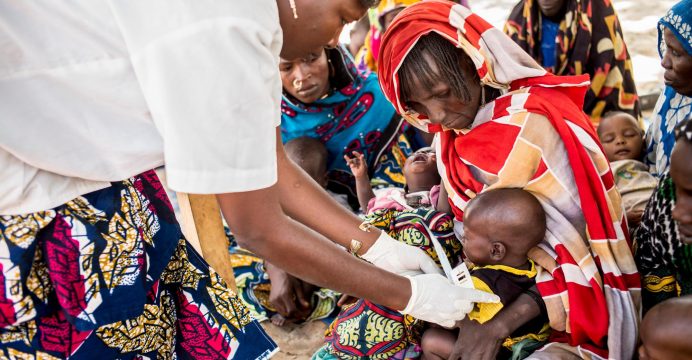 At least 24,000 displaced people in dire need in bama in Nigeria

For several hours on June 21, an MSF medical team was able to access the town of Bama in northeastern Nigeria, where 24,000 people, including 15,000 children of whom 4,500 are under 5, are sheltered in a camp located on a hospital compound. 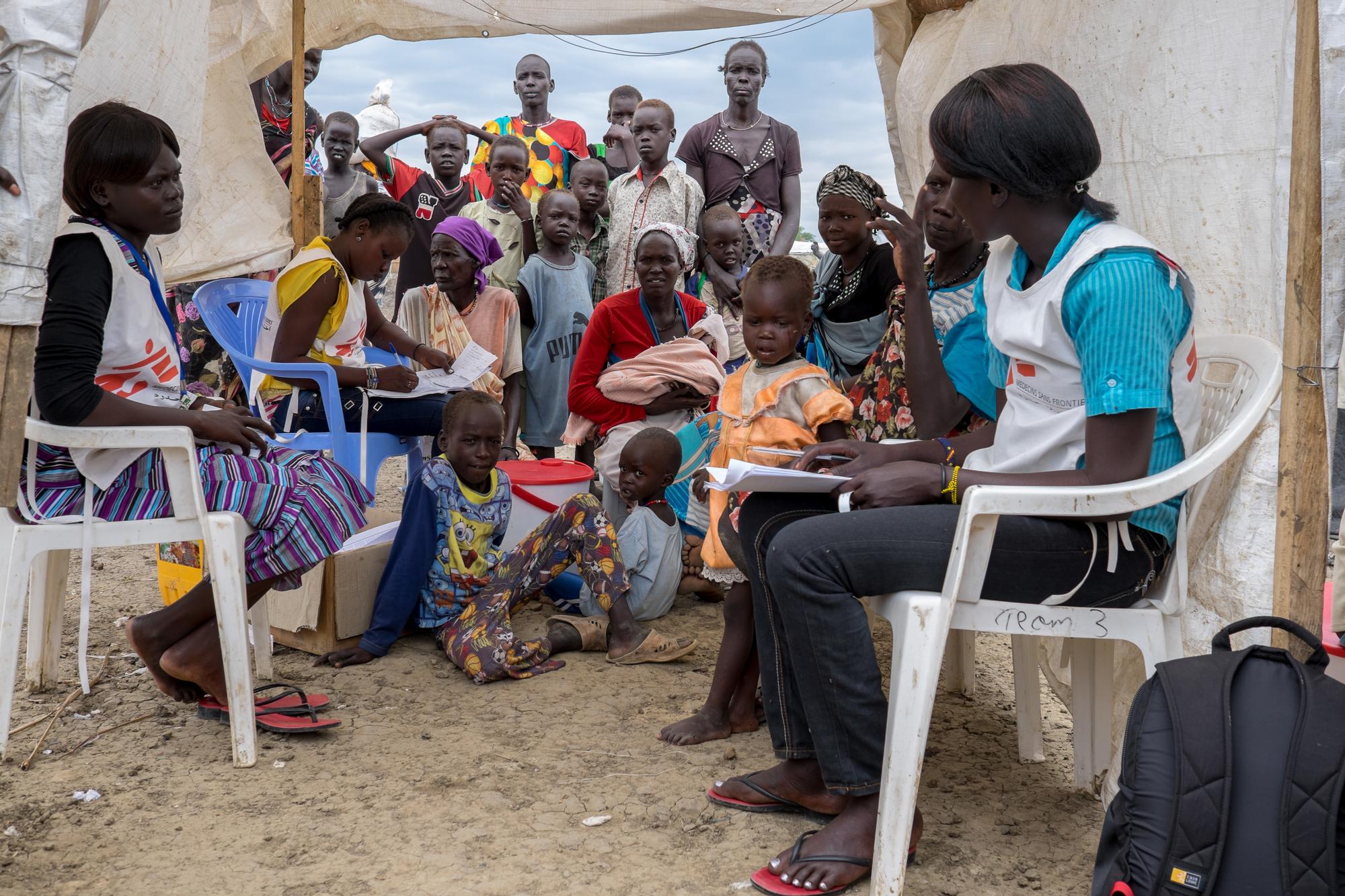 During those few hours, the MSF medical team discovered a health crisis, referring 16 severely malnourished children at immediate risk of death to the MSF in-patient therapeutic feeding center in Maiduguri, capital of Borno State. A rapid nutritional screening of more than 800 children found that 19 percent were suffering from severe acute malnutrition—the deadliest form of malnutrition.

“This is the first time MSF has been able to access Bama, but we already know the needs of the people there are beyond critical,” said Ghada Hatim, MSF head of mission in Nigeria. “We are treating malnourished children in medical facilities in Maiduguri and see the trauma on the faces of our patients who have witnessed and survived many horrors.”

During its assessment, the MSF team counted 1,233 cemetery graves located near the camp which had been dug in the past year. Many of those graves—480—were of children.

“Bama is largely closed off,” said Hatim. “We have been told that people including children there have starved to death. According to the accounts given to MSF by displaced people in Bama new graves are appearing on a daily basis. We were told on certain days more than 30 people were dying due to hunger and illness.”

Since May 23, at least 188 people have died in the camp—almost six people per day—mainly from diarrhea and malnutrition.

Between June 13 and 15, Nigerian authorities and a local NGO organized the evacuation of 1,192 people requiring medical care from the Bama area to the city of Maiduguri. This group of mostly women and children was placed in the “Nursing Camp” internally displaced camp. Of the 466 children screened by MSF medical teams at Nursing Camp, 66 percent were emaciated, and 39 percent of these children had a severe form of malnutrition. Upon assessment, 78 children had to be immediately hospitalized in the MSF feeding center which has inpatient capacity of 86 beds.