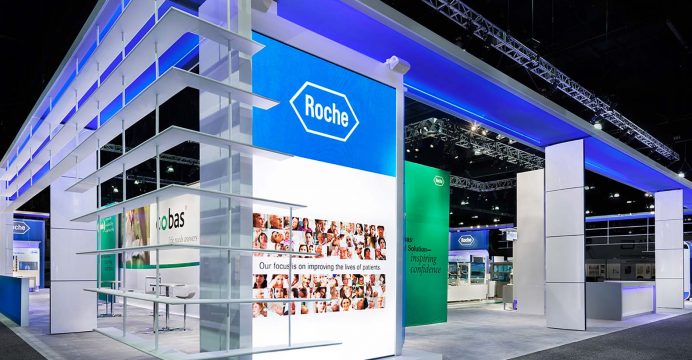 Roche (SIX: RO, ROG; OTCQX: RHHBY) employees in 70 countries and 141 sites come together to participate in the 2016 Roche Children’s Walk, which takes place on the International Day of the African Child. All of the funds raised through the global event will be used to support children in need, either in local communities in which Roche operates or in Malawi, one of the world’s poorest countries, ranking 173 out of 188 on the Human Development Index.
“The Roche Children’s Walk is our signature global annual event and we are proud to support children in need in over 90 communities around the world. We strongly believe that our support must be sustainable and this is why we partner with organisations that help local communities to learn and develop their own capabilities in time,” says Severin Schwan, CEO of Roche. “Much of the funds raised around the world will go towards supporting schools and teachers in countries and areas where there is a dire need. In 2016, the company will again match the money raised by employees.”

Roche employees have a long history of supporting education efforts in Malawi. Since 2003, the funds raised have helped over 17,000 pupils who were able to gain secondary education. Roche also supported young adults to learn a trade that allows them to find a job or create their own company. Over 100 students have graduated or will graduate from university with Roche’s support, thus gaining tertiary education which is not easily accessible to students who come from an underprivileged background.

Over a period of five years, Roche partnered with UNICEF for the construction of a Teacher’s Training Centre (TTC) in Malawi which will enable the training of 560 young teachers per year. Education coverage is particularly low, due to high primary school dropout and repetition rates, but also through the dramatic loss of life incurred in the 90s during the HIV/AIDS epidemic. The orphan centres as well as the TTC were handed back to their local communities and are now fully self-sustaining.

At the end of 2015, Roche embarked on a new collaboration with ActionAid Malawi, aiming to support the construction of four Model preschools (so called Community Based Childcare Centers) as well as improving another 20 further Satellite preschools. Construction on the four model preschools is almost completed, while the planning process in the satellite preschools is in its early phase. The purpose of this project is to improve the lives and well-being of approximately 4,300 children. In the Early Childhood Development (ECDs), the children will receive early childcare and education, as well as regular health monitoring and feeding. The ECDs will also enhance the capacity and motivation of 240 caregivers on site. The project will be completed by April 2019, at which time the centres should be self-sustaining.