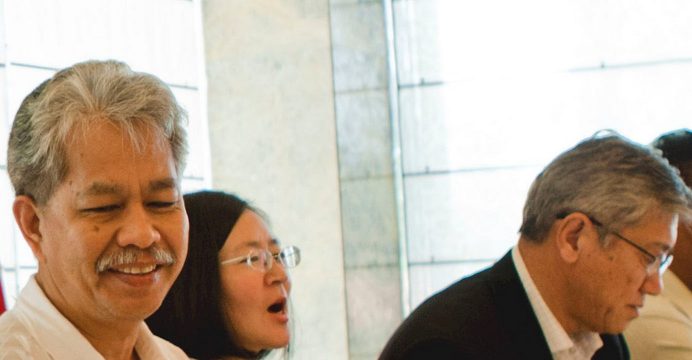 The Thai authorities must reverse their decision to charge three prominent human rights defenders with criminal defamation and computer crimes for documenting and publishing details of human rights violations in the country, Amnesty International said on there site.

“Instead of using broad and vague laws to target human rights defenders, the Thai authorities should be following up on the reports of alleged torture and other ill-treatment, with a view to holding those responsible accountable,” said Audrey Gaughran, Amnesty International’s Director of Global Issues.

The three well-known Thai activists, Somchai Homla-or, Pornpen Khongkhachonkiet, and Anchana Heemmima, have all been summoned to appear at Pattani Police station on 26 July 2016, to face charges of criminal defamation and violating the Computer Crimes Act.

The move by the Thai authorities comes after the three activists’ organization, the Cross Cultural Foundation and Duay Jai, published a report that raises serious allegations of torture against the Internal Security Operations Command (ISOC) Region 4 – an army unit that operates in Thailand’s Southern Border Provinces.

Ever since the report was published, in February 2016, Somchai, Pornpen and Anchana have faced official harassment, including pressure to reveal the sources of their information and even the identity of the victims of alleged torture.

“The three accused are highly respected human rights defenders. The charges brought against them represent an escalation of the Thai authorities’ assault on the rights to freedom of expression and freedom of information. This shameful attempt to silence them, and others seeking redress, should amplify calls for the security forces to be held accountable,” said Audrey Gaughran.