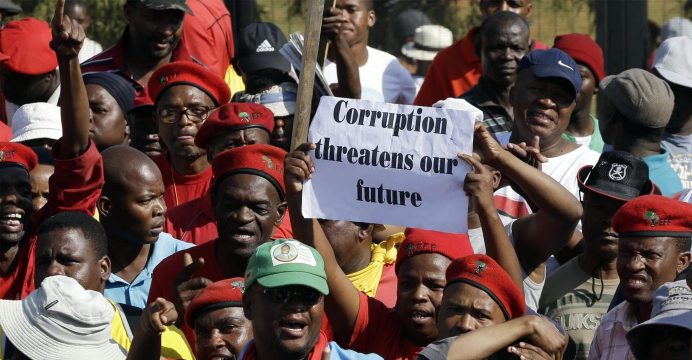 Transparency International, the global anti-corruption movement, is participating in a workshop to follow up on the commitments the government of Nigeria made at the Anti-Corruption Summit in London in May on fighting corruption in the country and international cooperation.

“The people of Nigeria are suffering from the economic downturn. They need to know that the government is using all of its resources to benefit public services. This requires a serious crackdown on corruption, as well as transparency when it comes to how recovered stolen assets will be used. Words are not enough,” said Chantal Uwimana, director of Africa for Transparency International.

The Nigerian government has announced that more than US$10 billion in looted cash and assets have been recovered.

“We need to know who stole the money and when they will be brought to justice. There should be no impunity for the corrupt,” said Uwimana.

The anti-corruption agencies need to speed up the process of investigations so that the suspects can be formally charged and their identities made public. Thereafter the judicial process should be expedited so that the funds can be released and made available for public spending.

In London, Nigeria committed to the transparency and accountable management of stolen assets and greater cooperation to uncover and stop international enablers of corruption in the global financial system.

“We want to see progress on this in Nigeria and with the law enforcement authorities in other countries. This is not a problem specific to Nigeria. The global financial system has to tackle this by holding the enablers of corruption – the lawyers, bankers, accountants for example – to account,” said Uwimana.

Nigeria also committed to signing on to the Open Government Partnership as a means of increasing openness, transparency and accountability in government. Transparency International calls on the government to follow through with this commitment without delay.

Transparency International also call for the government to commit to a timetable for introducing legislation to strengthen the Proceeds of Crime Bill, currently in draft, and enact whistleblower protection legislation.

Greater transparency would send a strong signal to citizens about the seriousness of government in terms of translating these commitments into concrete action. 75 per cent of Nigerians surveyed recently felt that corruption had increased in the period 2014 – 2015 while 78% felt their government was doing badly in the fight against corruption. This points to very low levels of public trust in government.

Transparency International would also like to see the adoption of a national anti-corruption strategy with a clear vision for change and targets to guide and ensure the sustainability of the current anti-corruption drive. This will provide a much needed framework for coordinated action between State and non-State actors both nationally and internationally in the fight against corruption. It will also help ensure that the country’s anti-corruption agencies are adequately resourced to carry out their mandate.