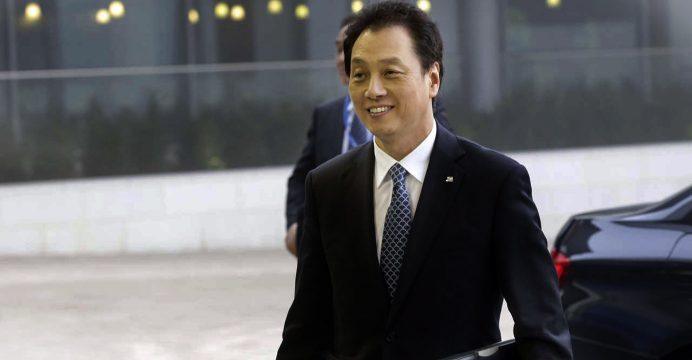 China has officially applied for membership of IOM

“China’s membership in IOM is crucial towards growing the Organization’s global significance,” Ambassador Swing said after his meeting with Vice Foreign Minister Wang.

Ambassador Swing briefed the Vice Minister on IOM arrangements and procedures for admission of new members. He also‎ discussed global migration and the migrant situation in Europe, as well as preparations for the upcoming 19 September UN Summit on large scale movement of migrants and refugees.

China’s application will bring to 165 the number of states enjoying member status with IOM, which this year will observe its 65th anniversary.

China’s application for membership comes during preparations for the June 30 special session of the IOM Council in Geneva, which will consider approval by IOM’s member states of the Organization’s joining the United Nations.