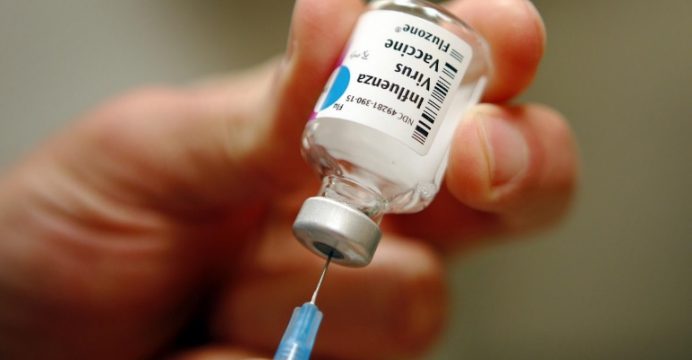 Although the development of the inactivated influenza vaccine (IIV) was a major public health achievement, the current vaccine has clear limitations: effectiveness varies from year to year, and egg protein is troublesome for some. Investigators conducted an industry-supported multicenter comparison of safety and efficacy of two vaccines during the 2014-2015 season.

They compared a new, quadrivalent influenza vaccine (RIV4) containing 45 μg each of four recombinant influenza hemagglutinin (HA) proteins produced in serum-free medium with an FDA-approved IIV containing 15 μg each of the same four HA proteins. The study population enrolled was 9003 patients aged 50 or older who were not acutely ill or receiving immunosuppressive therapy.

The incidence of confirmed influenza illness was 30% lower in the RIV4 recipients (2.2%) than in the IIV recipients (3.2%). The higher efficacy was solely against influenza A (36%) as opposed to influenza B (none) and endured throughout the influenza season. There were no notable differences in adverse events between the two study groups.