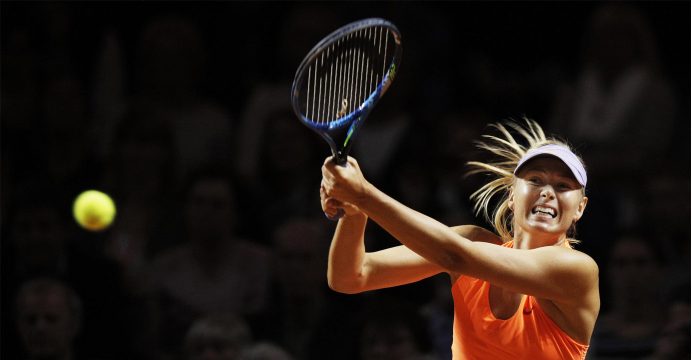 Former world number one Maria Sharapova will be awarded a wildcard by the Lawn Tennis Association (LTA) to play at next month’s Aegon Classic in Birmingham, according to a report in the Times.

Sharapova’s current ranking of 258, after a return from a 15-month doping suspension last month, was too low to merit a direct entry for the grasscourt event and the organizers are looking to give her one of the four available wild cards, the report said.

The 30-year-old Russian last won the Birmingham event in 2005 but her most recent appearance was in 2010.

“We are in the process of deciding which players will receive wild cards for our summer season grass-court tournaments,” an LTA spokesman told the Times.

The five-time grand slam winner Sharapova reached the Stuttgart Grand Prix semi-finals last month in her first tournament since being banned but lost 7-5 2-6 6-4 to Canadian Eugenie Bouchard in the second round of the Madrid Open on Monday.

The tournament is scheduled from June 17-25 at the Edgbaston Priory Club ahead of the Wimbledon, starting on July 3.

Sharapova’s hopes of featuring in this year’s Wimbledon could hinge on a June 20 meeting of tournament organizers unless the Russian finds form in the forthcoming event in Rome.