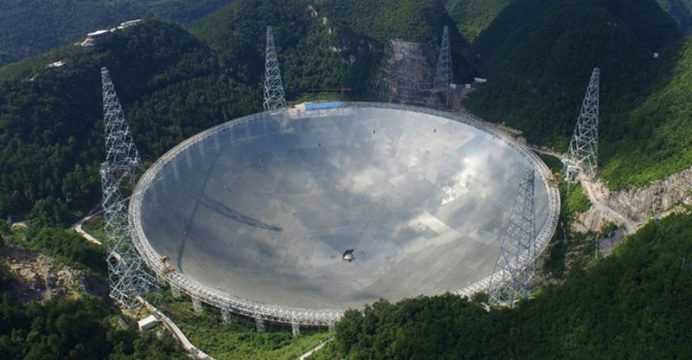 Built at a cost of 1.2 billion yuan ($180 million), the telescope dwarfs the Arecibo Observatory in Puerto Rico as the world’s largest radio telescope, with a reflector as large as 30 football fields, it said. 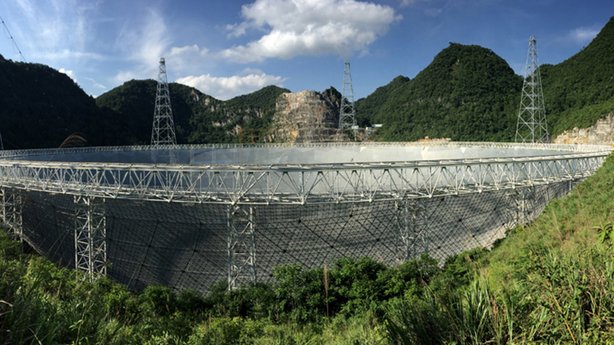 FAST will explore space and search for signs of intelligent life, it added. China sees its ambitious military-run, multi-billion-dollar space programme as symbolizing the country’s progress. It plans a permanent orbiting space station by 2020 and eventually a manned mission to the moon.

Earlier Xinhua cited Wu Xiangping, director-general of the Chinese Astronomical Society, as saying that the telescope’s high degree of sensitivity “will help us to search for intelligent life outside of the galaxy”.

Construction of FAST began in 2011, and local officials vowed in February to relocate nearly 10,000 people living within five kilometers to create a better environment for monitoring.

In the past, China has relocated hundreds of thousands of people to make way for large infrastructure projects such as dams and canals.

The area surrounding the telescope is remote and relatively poor. Xinhua earlier said it was chosen because there are no major towns nearby.