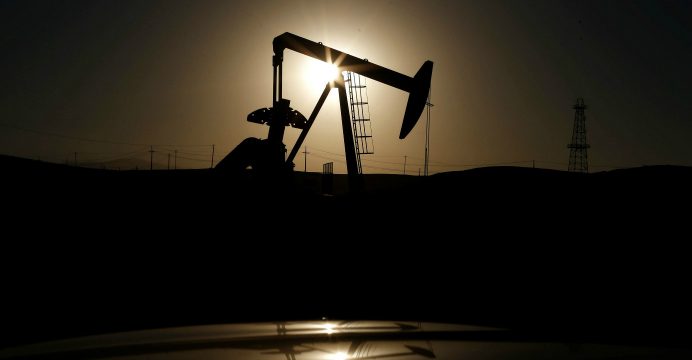 World oil prices sank lower this week on gloomy market forecasts, profit-taking and ever-present worries over the global supply glut, ahead of a producers’ meeting on September 26-28.

But fresh data showing mounting US stockpiles of crude and products, and Libya’s pledge to sharply boost production and exports within weeks, added to the downward pressure on prices. At the same time, Nigeria — Africa’s biggest crude producer — appears set to also increase its oil exports, traders said. 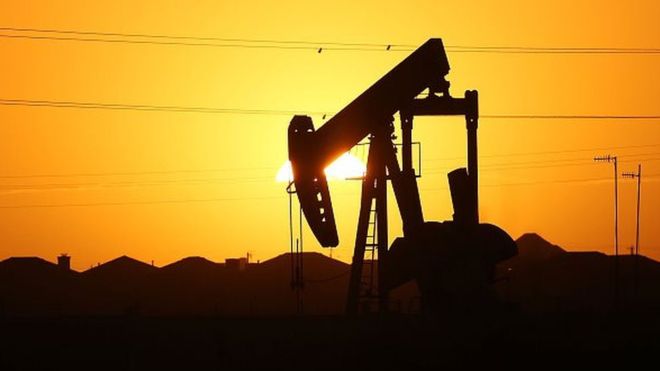 A pumpjack in the oil town of Midland, Texas

West Texas Intermediate (WTI) for delivery in October slid 88 cents to $43.03 a barrel. That left Brent down 4.5 percent for the week, while WTI lost 6.6 percent.

Crude futures had netted gains during the previous week amid hopes of an OPEC-Russia deal to tackle oversupply — which has sent prices crashing in recent years — at the meeting in Algeria.

Oanda analyst Craig Erlam told AFP on Friday that the gains last week “were built on unsustainable and temporary factors that never warranted such a move.”

“If we get no deal in Algeria… then oil may face further downside pressure this month,” he added, noting that traders were also taking profits this week.

Hopes for a sustained rebound in demand were dashed this week by fresh warnings that a global supply glut would persist for longer than previously thought. But the prospect of Nigeria and Libya restoring lost output was also key.

The IEA — which advises oil-consuming nations on energy issues — forecast continuing oversupply in 2017 in its latest market assessment.

The organisation reversed its previous projection that oversupply would be soaked up by demand in the latter part of 2016. Instead, it warned that the glut would linger “at least through the first half of next year”.

“There seems to be no end to the bad news on the oil market,” said Commerzbank analyst Carsten Fritsch.