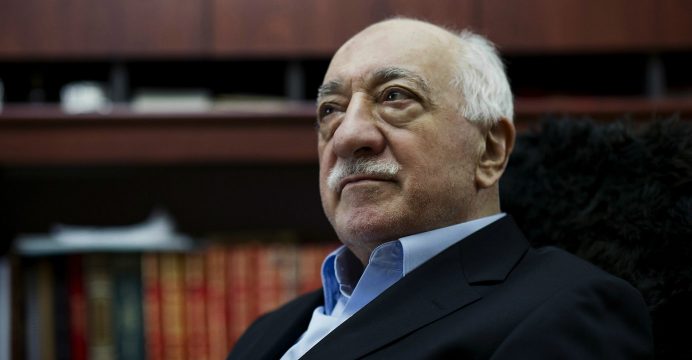 President Tayyip Erdogan has demanded the United States extradite Gulen, who lives in Pennsylvania, over the July putsch in which more than 200 people, including civilians, were killed. Turkish officials have suggested refusal to repatriate Gulen for trial would seriously strain ties between the two NATO allies.

Gulen, described by Erdogan as a terrorist, denies any involvement in the coup attempt, which has led to large-scale purges of the military, civil service, judiciary and academia. 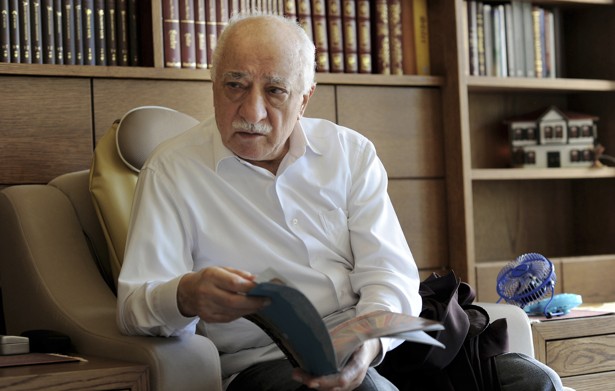 Islamic cleric Fethullah Gulen at his Pennsylvania home in September 2013

“U.S officials, including representatives of the Departments of Justice and State, have offered to consult with the Turkish government,” the Justice Department official said, speaking on the condition of anonymity.

“We can confirm that a delegation (with) representatives of the Department of Justice and State will visit Turkey,” the official added, but declined to give any date for the visit.

On Friday, Bloomberg news reported that the U.S. Justice Department would dispatch a team to Turkey in the coming days to pursue the allegations.

In another development on Friday, officials in Azerbaijan said they had arrested four men over suspected ties to Gulen.

The four are accused of an “abuse of power” while working for a mobile phone company for having passed on private information about subscribers and their call history, Azeri prosecutors said.

During a search of the home of one of the accused, investigators discovered “religious literature, disks, brochures containing speeches by Fethullah Gulen and other documents”, they said in a statement.

A close ally of Turkey, Azerbaijan earlier this week opened a criminal investigation into supporters of Gulen. Azerbaijan last month shut down a private television channel over plans to broadcast an interview with Gulen, “in order to avoid provocations aimed at damaging the strategic partnership between Turkey and Azerbaijan”.

The Azeri move came shortly after Danish media reported that hundreds of Turks in Denmark had withdrawn their children from schools with alleged links to Gulen.

A document circulating on Facebook listed 14 private schools in Denmark as being linked to Gulen and urged parents to “Save your children from Fethullah Gulen’s terror organisation’s schools”, according to a translation from Turkish by broadcaster TV 2.

A total of 366 students had been pulled out of the schools after the summer break, the broadcaster said. Gulen’s Hizmet organisation has affiliated schools around the world, including in the former Soviet Kazakhstan, normally funded by wealthy Turkish businessmen.