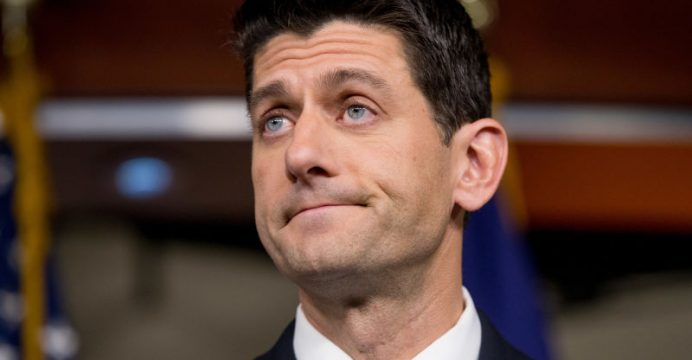 Paul Ryan beat back challenge in the Wisconsin Republican primaries ﻿

US House Speaker Paul Ryan beat back a challenge in the Wisconsin Republican primaries on Tuesday, winning a race in which presidential hopeful Donald Trump had praised his populist rival, reports BSS.

In a year full of US presidential race firsts, and with incumbent lawmakers under tough scrutiny, a loss by Ryan would have further jolted the rattled US political establishment as it eyes a White House election pitting Trump against Democrat Hillary Clinton.

“I am humbled and honored that Wisconsinites in the 1st Congressional District support my efforts to keep fighting on their behalf. Janna and I are grateful to have the support of so many in southern Wisconsin, and we are truly thankful for all of their hard work,” the speaker said in a statement.

“Speaker Ryan’s commitment to faithfully representing the people of Wisconsin and making the case for conservatism have never changed, and his years of principled public service make him a trusted leader in our party,” Preibus said.

Ryan, the top elected Republican, has been voted in nine times by constituents in his congressional district, so the race would usually garner little attention. With a roughly 80 percent approval rating, he had been expected to win.

But this time around, he faced an opponent who has openly supported Trump, and the Republican White House candidate — with whom Ryan has sparred throughout the campaign — only offered his support on Friday.

The movement against the 46-year-old Ryan took on the appearance of a revolt of sorts, in the midst of an anti-establishment wave that helped make Trump the party’s presidential nominee.

In one July 23 incident, Nehlen supporters and mothers whose children were killed by undocumented immigrants challenged Ryan’s lack of full support for Trump’s immigration agenda.

Ryan has criticized Trump’s call for a ban on Muslims entering the United States. Trump touched off a firestorm last Tuesday when he refused to endorse Ryan for re-election. Instead, the brash billionaire also praised Nehlen.