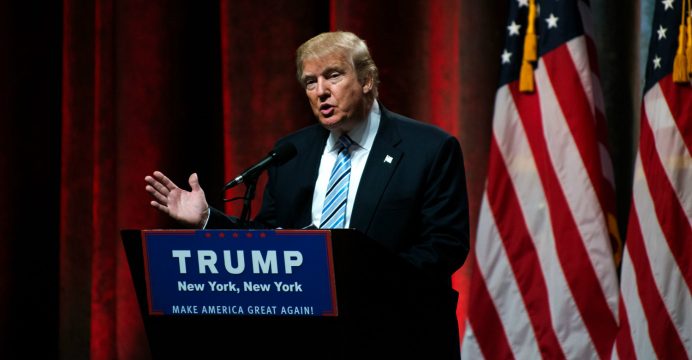 Republicans formally chose Donald Trump as the party’s presidential nominee on Tuesday, a landmark moment in American politics and a stunning victory for a man whose White House ambitions were once openly mocked, reports BSS.

After a roller-coaster campaign that saw Trump defeat 16 rivals and steamroller stubborn party opposition, the tycoon said it was time to “go all the way” and beat Democrat Hillary Clinton in November.

“This is a movement,” he told the delegates via video link. 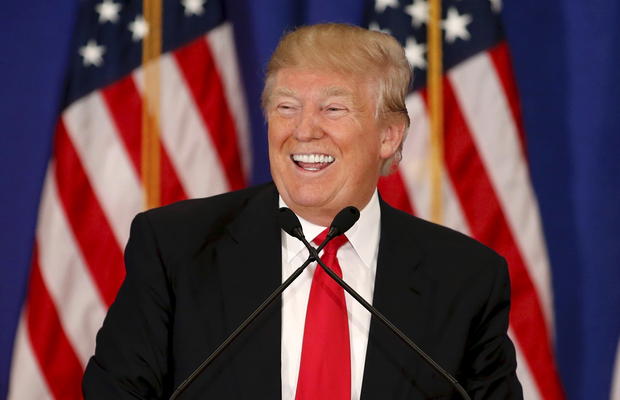 On the convention floor, states from Alabama to West Virginia took it in turns to pledge their delegates. It turned to Trump’s home state of New York, represented by a coterie of Trump’s adult children, to hand him the majority-plus-one needed to clinch the nomination.

“It’s my honor to be able to throw Donald Trump over the top in the delegation count tonight,” Donald Trump Jr said to cheers and applause.

When the bombastic mogul came down the escalators of Trump Towers in New York 13 months ago to announce his candidacy, few experts gave him even the faintest chance.

“He’s the ultimate outsider and he did it. We are so proud of him.”

Trump became the presumptive nominee nearly two months ago. But relentless controversy over his campaign rhetoric and a simmering movement by anti-Trump delegates to deny him the nomination made it less than a foregone conclusion.

Around the convention floor, Trump’s victory was far from universally welcomed. Many delegates clapped politely after his victory, a few angrily walked out or voiced their unease.

Several states refused to honor party convention and pledge their delegates to a frontrunner who was by then unopposed.

“I’m disappointed’ said Utah Senator Mike Lee. “But it is what it is.”

But as the last vestiges of Republican resistance were quashed, there fresh signs that the party establishment had thrown its lot in with Trump in a bid to beat Clinton.

The Speaker of the House of Representatives Paul Ryan declared “the Obama years are almost over. The Clinton years are way over. Two-thousand sixteen is the year America moves on.” The Trump campaign will hope that distain for Clinton will unite the party and make a series of missteps irrelevant.

“The party is unified, we’re all here, I will bet you, if you polled this place, there is not one vote for Hillary Clinton in this building,” key Trump lieutenant Corey Lewandowski told reporters.

“People are ready for a fundamental and unequivocal change in Washington and the person who is going to bring that is Donald Trump.”

Before Trump emerged victorious, it had been a brutal week for the candidate. His glamorous wife Melania Trump brought some pizzazz to the proceedings on the opening night.

But an embarrassing plagiarism scandal tarnished her prime-time speech — and brought her husband’s presidential campaign under withering scrutiny.

While the controversy burned and social media erupted with mocking commentary, the Trump team appeared in chaos — with denials of wrongdoing, followed by tacit admissions, followed by attempts to insulate Melania.

“Donald Trump just became the Republican nominee. Chip in now to make sure he never steps foot in the Oval Office,” she said in a fundraising tweet.